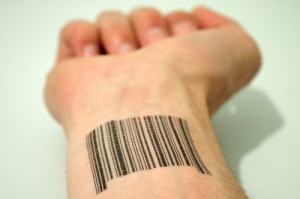 The Vatican is hosting a major conference in early November aimed at tackling the growing problem of human trafficking and slavery.

The meeting of pontifical bodies and medical associations has the backing of Pope Francis, who has termed human trafficking as “a disgrace to our societies that claim to be civilised”.

Last week, the Chancellor of the Pontifical Academies of Social Sciences, Archbishop Marcelo Sánchez Sorondo, issued a statement ahead of the 2-3 November Vatican conference, which hopes to formulate a plan for ending human trafficking.

In his message, the Archbishop said no one could deny that “the trade in human persons constitutes a shocking offence against human dignity and a grave violation of fundamental human rights”. He warned that it is also an accelerator of criminal wealth creation in this century.

“The alarming increase in the trade in human beings is one of the pressing political, social and economic problems associated with the process of globalisation; it presents a serious threat to the security of individual nations and a question of international justice which cannot be deferred,” he said.

He noted that the Second Vatican Council described “slavery, prostitution, the selling of women and children, and disgraceful working conditions where people are treated as instruments of gain rather than free and responsible persons” as “infamies” which “poison human society, debase their perpetrators” and constitute “a supreme dishonour to the Creator.”

According to the UNODC 2012 Report on Trafficking, between 2002 and 2010 the International Labour Organisation estimated “that 20.9 million people were victims of forced labour globally. This estimate also includes victims of human trafficking for labour and sexual exploitation.”

Each year, it is estimated that about 2 million people are victims of sexual trafficking, of which 60% are girls.

Human organ trafficking reaches almost 1% of that figure, thus affecting around 20,000 people who are forced or deceived into giving up an organ (liver, kidney, pancreas, cornea, lung, even the heart), not without the complicity of doctors, nurses and other medical staff, who have pledged to follow Hippocrates’ oath Primum non nocere instead.

The figures “represent only the tip of the iceberg, as criminals generally go to great lengths to prevent the detection of their activities.”

Some observers speculate that, within ten years, human trafficking will surpass drugs and weapons trafficking to become the most profitable criminal activity in the world.

Recent trends, however, indicate that human trafficking is already in the first place, so that far from being a declining social crime, it is becoming ever more threatening.

International sex trafficking is not limited to poor and undeveloped areas of the world – it is a problem in virtually every region of the globe.

Countries with large (often legal) sex industries create the demand for trafficked women and girls, while countries where traffickers can easily recruit provide the supply.

Generally, economically depressed countries provide the easiest recruitment for traffickers. The regions that produce the most sex trafficking victims are the former Soviet republics, Asia, and Latin America.

According to Archbishop Marcelo Sánchez Sorondo, because of the human and moral scandal involved, the Pontifical Academies of Science and of the Social Sciences, together with the Federation of Catholic Medical Associations, need to follow the Pope’s lead on this.

“Today, against these new forms of slavery, we need to readopt the same attitude as the Catalan Jesuit St Peter Claver, who saw African slaves in Latin America as fellow Christians and, when he was solemnly professed in 1622, signed his final profession document in Latin as: Petrus Claver, aethiopum semper servus (Peter Claver, servant of the Africans forever).”

The Archbishop added, as stated in the Second Vatican Council, “everyone must consider his every neighbour without exception as another self, taking into account first of all His life and the means necessary to living it with dignity, so as not to imitate the rich man who had no concern for the poor man Lazarus”, by recalling the voice of the Lord, “As long as you did it for one of these the least of my brethren, you did it for me” (Mt. 25:40).

“We must thus be grateful to Pope Francis for identifying one of the most important social tragedies of our times and having enough confidence in our Catholic institutions to instruct us to organise this workshop.”

He concluded by saying that Pope Francis’ words are a clear response in the light of Jesus Christ’s message to this new form of contemporary slavery, which constitutes an abhorrent violation of the dignity and rights of human beings.