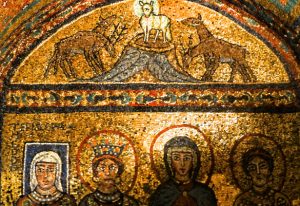 Pope Francis has named the 12 members of a commission which will study the issue of women and the diaconate.

Last May, in a question and answer session with members of female religious orders attending the Plenary Assembly of Superiors General in Rome, the Pope listened as the nuns urged him to establish a commission to study this matter.

On Tuesday, the Vatican said the Pope had decided to create the commission “after intense prayer and mature reflection”.

The formal name the group has been given is ‘Study Commission on the Women’s Diaconate.’

Pope Francis appointed Archbishop Luis Francisco Ladaria Ferrer SJ, head of the Congregation for the Doctrine of the Faith, as the commission’s president.

The other members are six men and six women from academic institutions around the world. They are:

Professor Zagano is a columnist for the National Catholic Reporter and the author of several books on women and the diaconate.

She has co-authored books such as ‘Women Deacons: Past, Present, Future’ with Gary Macy and Deacon William Ditewig.

Speaking to the National Catholic Reporter, Professor Zagano said she hoped the commission would have “an open and honest scholarly discussion about the history of women in the diaconate and about the possibilities for restoring women to it.”

“The previous discussion – the only modern discussion – was the study document made by the International Theological Commission in 2002 that left the question open,” she told NCR.

The announcement was also welcomed by Chicago Archbishop Blase Cupich.

In a statement the Archbishop said, “From the earliest days of the church, women rightly served in key leadership roles.”

He added that women deserve to be brought more fully into the decision-making of the church.

“I look forward to learning more about the work of the commission … as [the members] bring their considerable talents to bear on this important subject in the life of the church,” said the archbishop.”