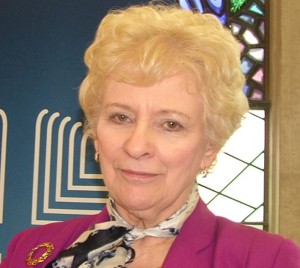 The former Police Ombudsman in Northern Ireland has appealed to people to support legislators fighting on ethical and life issues and to flag issues in plenty of time before they have exploded in the public eye.

Baroness Nuala O’Loan appealed for support for legislators trying to do “what you and I would consider to be the right thing”: lawyers who sort out legal arguments and provide briefing papers, clergy and others who come in [to parliament] to explain issues.

“Support your legislators. It can be a lonely place,” she said.

Baroness O’Loan said it was important to look for what was coming over the horizon and to listen to young people on social media. “Church policy departments need to have someone tracking trends.”

Baroness O’Loan told CatholicIreland.net that the role of the Churches was to inform legislators.

“Legislators then have to make up their own minds what they do. It’s not about the Church telling Catholic legislators or Christian legislators what to do. It’s about making sure they are fully informed.”

Practically, she recommended sitting down with politicians, analysing issues presented by draft legislation, checking the law for them as it stood and what the impact would be on previous legislation.

“Support them in prayer and support them by making themselves available just to talk it through gently so that people who are going to face these issues on the floor of a chamber just have the capacity to think and to be informed.”

Baroness O’Loan was one of the speakers at a recent Inter Church meeting in county Laois, where she addressed the topic “Freedom of Religion and the Application of Human Rights in a changing society”. 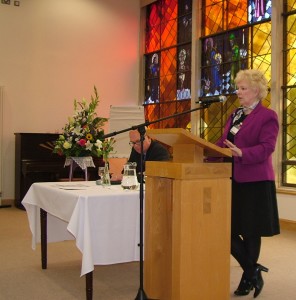 In her talk, she recalled Pope Benedict XVI’s address in Westminster Hall, London in September 2010 where he said religion was not a problem for legislators to solve but a vital contributor to the national conversation.

In his keynote speech, Pope Benedict had said, “In this light I cannot but voice my concern at the increasing marginalisation of religion, particularly Christianity, that is taking place in some quarters even in nations which place great emphasis on tolerance.”

He also highlighted that, “There are those who would advocate that the voice of religion be silenced or at least relegated to a purely private sphere and public celebrations like Christmas should be discouraged in the questionable belief that it might somehow offend those of other religions.”

The horror of the Second World War catapulted the world into the Universal Declaration of Human Rights in 1948, seen as the bedrock for the modern rights movement. Rights belong to individuals not groups explained Baroness O’Loan.

Considering the recent Asher’s Bakery case, in which a bakery was found guilty of discrimination for refusing to make a cake carrying a pro-gay marriage slogan, Baroness O’Loan said it gave rise to concern about the “chilling effect on the right of people to live their lives in a way which reflects their religious beliefs while still acting in a commercial context.”

They could have those beliefs, she said, but could not run their bakery if they kept to them.

The closure of all the Catholic adoption agencies in the UK because they were not willing to place children for adoption with same sex couples was “a stark illustration of the tensions and problems created by attempting to impose parity of esteem on all these protected rights.”

The member of the House of Lords said that arguments promoting laws on life issues like abortion and assisted suicide often used the language of religion – care and concern for the person. “We have to claim that language back,” she added.