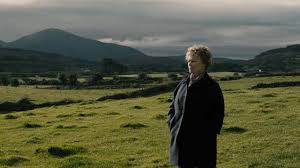 The nuns who ran the mother and baby home portrayed in the newly-released film ‘Philomena’ have described the biopic starring Judi Dench, as “very misleading.”

They have also questioned the accuracy of the filmmakers’ portrayal of the nun who ran Sean Ross Abbey in Roscrea.

“We do feel that the film, even though it is not a documentary, does not tell the whole truth and in many ways is very misleading,” Sr Julie Rose, the assistant congregational leader of the Sacred Hearts of Jesus and Mary, told the Tablet.

The film is based on former Labour spin doctor and BBC journalist, Martin Sixsmith’s book about Philomena Lee’s search for her son Anthony, who was adopted from the Roscrea mother and baby home to a family in the US.

The order is particularly concerned over the film’s depiction of their nuns as obstructing Philomena Lee’s and her son’s efforts to locate each other and its insinuation that records were burnt. The film also alludes to a fee being paid to the order by the adopting family in the US.

Sr Julie Rose rejected claims that the order had been paid for Anthony’s adoption. “We did not receive any payment of any nature in respect of any adoption,” she stated. She also asserted that “the Congregation did not destroy any records held by them over the years.”

The spokeswomen for the Sacred Hearts of Jesus and Mary nuns also denied that they had blocked attempts by adopted children to access records.

Referring to the legal constraints imposed on the congregation regarding their records, she explained that the order was obliged not to divulge any information held on file to the children who were adopted “as this information was confidential to their mother. It was only with the consent of the mother that these records could be released to the children.”

She claimed contact between mother and child was facilitated by the congregation where both parties agreed and many people had been helped to trace their loved ones. “Sadly,” she said, “this did not happen every time” as “many mothers do not wish to re-open a difficult part of their lives.”

All of the congregation’s records were handed over to the Health Service Executive two years ago.

The film’s final scene shows Sr Hildegard McNulty being confronted by Martin Sixsmith over her role in thwarting Philomena’s and Anthony’s attempts to find each and the nun is depicted as dismissing his criticism and instead turning the blame on Philomena for giving in to her desires.

Sr Julie Rose took issue with the “dramatic licence” and fictionalised content incorporated by the filmmakers in relation to Sr Hildegard.

As the nun died in 1995, a meeting between her and Sixsmith could never have taken place because he only started working on his book in 2004. Callers to the Joe Duffy Show this week also criticised the film for similar reasons and defended the nun.

The congregation “holds a view in relation to the veracity of a number of events set out in both the book and the film,” the nuns’ spokeswoman told CatholicIreland.net

She also highlighted that often the women who came to stay in their home “were victims of rape and incest and were shunned by their own families.”