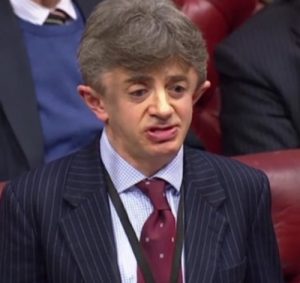 A Bill introduced by a disabled peer to end disability-selective abortion in the UK received its Committee Stage in the British House of Lords, with near unanimous support from peers last week. The Abortion (Disability Equality) Bill, sponsored by Lord Shinkwin, who suffers from brittle bone disease, will now proceed to Report Stage.

If successful, it will remove a section from the 1967 Abortion Act, which allows for abortion on the grounds of disability up to birth. Under the 1967 Act, non-disabled babies cannot be aborted beyond 24 weeks. The net effect of the Bill would mean this time limit would apply to all babies regardless of disability.

Speaking on the Bill on 27 January 2016, Lord Shinkwin said that “the writing was on the wall for people like me.

“People with congenital disabilities are facing extinction. If we were animals, perhaps we might qualify for protection as an endangered species. But we are only human beings with disabilities, so we do not.”

He asked how that is fair, right or logical. “It is none of those things, which is why today I reflect on the remarkable impact that laws passed by your Lordships’ House have had on my life as a disabled person. It is why I ask myself: how could I not have faith in our common humanity? How could I not have faith in the truth that there is more that unites than divides us? And how could I not believe that your Lordships’ House will be true to itself and continue its noble fight for disability equality by passing this Bill?” 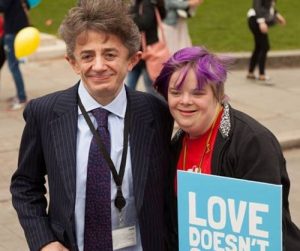 Earlier in his speech, Lord Shinkwin, who suffers a debilitating condition where bones can easily break, invoked “noble giants” such as Jack Ashley and Alf Morris, two long-time political campaigners for disabled people, with whom the peer had worked. They led “the fight to outlaw disability discrimination,” he said. “All my Bill does is to carry on their noble work, because it would allow us to outlaw disability discrimination where it begins – at source before birth. It is simply unfinished business.”

According to British National Health System data, 3,213 babies were aborted under section (1)(1)(d) of the Abortion Act 1967 which allows for abortion up to birth in the case of a disabled baby.

Disability-selective abortion numbers have seen a sharp increase in recent years, according to statistics. There were 230 late-term disability-selective abortions (between 24 weeks and birth) in 2015 – a 271 per cent increase since 1995. In 2014 the number of terminations for Down’s Syndrome increased by more than 10 per cent in the space of just twelve months as new screening techniques became available privately, while abortions for cleft lip/palate, a minor facial impairment, have tripled in the last five years. In 2015 alone there were eleven abortions for cleft lip/palate.

“A 2014 Department of Health review identified that there is significant under-reporting of disability-selective abortions and the numbers are likely to be much higher,” said the organisation ‘We are all equal’, which is backing Lord Shinkwin’s Bill.