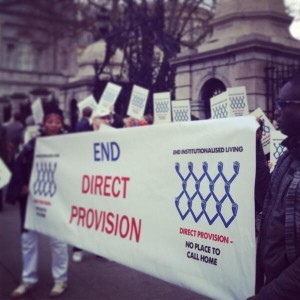 The system of direct provision for asylum seekers must change, the parish priest of Portlaoise has warned following a visit by the Minister for Equality to a local asylum centre in the town.

“I was very encouraged by the attitude of Minister Aodhán Ó Ríordán, I think he is fully briefed and is fully aware that this is a system that cannot last,” Mgr John Byrne told CatholicIreland.net.

He said that there are serious issues with direct provision (where asylum seekers are not allowed to work and get food and accommodation provided by a contractor paid by the State).

“I hope he (the Minister) gets to address these issues. I am also fully aware that there aren’t many votes on this. Unfortunately it is not high on the agenda of the Irish public.”

“I do feel if they were better informed in relation to exactly what life is like for asylum seekers, they would be more disposed to a better system,” said Mgr Byrne.

“We have to have change, not because there are votes in it, but because it is a flawed system that is damaging people and children and it has to be corrected.”

The priest became embroiled in controversy when he was warned to stay away from the local asylum seekers’ centre ahead of a proposed visit by the Equality Minister Aodhán Ó Ríordán on Monday. 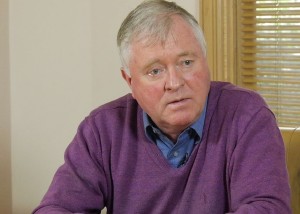 Mgr Byrne, who has been appointed as Vicar General for the Diocese of Kildare and Leighlin, had often visited the centre in a pastoral capacity over the years as have other priests from the parish and some parishioners.

He recently spoke out about the injustice of the direct provision in the asylum system in Ireland.

However, the owner of the Montague Hotel centre for asylum seekers in Emo (near Portlaoise) told the priest he was not welcome to visit with the Minister as he had criticised the centre.

The priest responded that he had criticised the direct provision asylum system and not the specific centre nor the staff there.

He said he was determined to go because if he did not the residents would feel he had let them down.

On Monday, Mgr Byrne did go and was admitted.

“As a consequence there was a huge media presence at the Montague,” he said. “Anything that highlights the direct provision system in my book is good,” he told CatholicIreland.net.

He toured the centre with the Minister and saw some of the non-public areas that he had not been allowed visit before such as bedrooms.

“Again nothing I saw in the Montague today would change my mind that this is a desperately unjust system that condemns families and children to live awfully restricted lives for many many years,” he said.

“It is one room to a family. I would not condemn the building itself or the individuals who run it. I would have questions as to how lucrative it is for those who own it, but that is not the point.”

He explained that one room of the former hotel is allocated per family which can include a mother and father and three or four children, or to two single adults who may have never met before and are complete strangers.

Many asylum seekers have been living in this ‘limbo’ situation for years.

“It is the children I would be most concerned about. Being born to a mother who is living there and spending 7-8 years of your childhood there never having had your mother or father provide for you or cook a meal for you. I would consider it to be a very stunted childhood. We all have only one childhood and we know the influence it has on our spiritual mental and physical well being for the rest of our lives,” said Mgr Byrne.

He explained that these children have no freedom to have friends around and a mother gets €19 a week and this is insufficient to take the children back into town to be involved with any clubs or regular activities that are part of a normal childhood.

A priest from Nigeria who was in the parish team for some time was very involved.

A ‘welcome group’ of parishioners tried to help and provided sewing machines and lessons for a time.

They also tried to set up a soccer team. However, these projects did not last because of the transient nature of the lives of asylum seekers and the fact that they were often moved from place to place.

Mgr Byrne now feels that the best way to help the asylum seekers is to change the direct provision system.

He has been speaking out on the issue of late and devoted a Sunday sermon to the issue a few months ago.