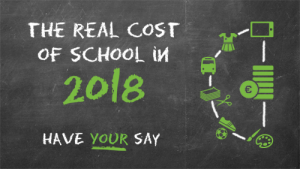 Parents feel they are paying for government underfunding of education, the Barnardos’ annual school costs survey has found.

A key theme of this year’s survey responses from over 2200 parents is that they feel that they are “shouldering the burden for a government which is falling short of fulfilling its obligation to provide free education”, the survey said.

Those parents believe that their children in Ireland should have the same educational supports as children in other EU countries, such as free school books and no so-called “voluntary” contributions.

The survey includes quotes from parents who say they do fundraising throughout the year for the school, as well as paying voluntary contributions.

“The capitation (government) grant only covers 70 per cent of the basic running costs of our school,” the survey quoted one parent as saying.

Another said, “Our principal is constantly begging for money. A lot of it is to pay bills. Something here doesn’t add up. Time for the government to be held accountable and stop finding excuses.”

This year’s survey found that the basic cost of sending a child to school increased in 2018 across primary and secondary levels. The average cost of the basics needed for a senior infants pupil is €360 (compared to €330 in 2017); a fourth class pupil is €380 (€365 in 2017); and a first year pupil is €765 (€745 in 2017). These figures include clothing, footwear, school books, classroom resources, and voluntary contribution. They do not include transport, school bags, trainers, lunches or extra-curricular activities. 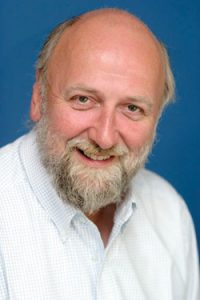 “We’ve heard from parents across the country that they are tired of having to pay for so called ‘free education’. They are fed-up being forced to amass debt or fall behind on essential bills year after year in order to cover the most basic costs of their children’s education,” said Barnados’ CEO, Fergus Finlay.

Mr Finlay said these issues are raised every year at the time of the Barnardos survey. In April 2017, the Department of Education issued a circular urging all schools to reduce costs by opting for iron-on or sew-on crests with generic school uniforms; providing book rental schemes; banning the use of workbooks which cannot be reused; various reviews of costs; and providing information about costs and best-value stores to parents.

However, there has been very slow progress on these recommendations. Seventy-five per cent of primary and 97 per cent of secondary school children are still required to wear a crested uniform in spite of a huge variety of more affordable alternatives. One parent reported that a tartan skirt (non-generic) for a girl in third class cost €35 and another parent said the school skirt (non-generic) cost €75.

Workbooks continue to be a big expense as they can only be used once and cannot be passed on to siblings or sold second hand. One parent reported that with three children in primary school they are glad to pass books on from one child to another; however, there are up to five single-use workbooks per year and some of them cost around €15.

Another expense that concerns parents is digital devices. These had been lauded as something that would replace books – but parents are paying around €600 for the digital devices and paying for books on top of that. Also, the devices are delicate and have to be repaired or replaced frequently. Another extra cost is the 23 per cent VAT on e-books that are used on these devices.