Barnardos Annual School Costs Survey shows that costs are slightly higher than last year (by up to €25). The children’s charity stated that parents still bear the brunt of an underfunded education system. It urged the government to commit in Budget 2018 to investing an extra €103.2m each year to make primary education free and to invest €126.9m annually to make secondary education free.

“Why should the Department of Education expect schools to have to undertake extensive fundraising activities from parents and staff to fund necessities? Budget 2018 must take the first step towards making education free for all children by providing free books for all pupils in primary school,” said June Tinsley, Head of Advocacy, Barnardos.

“Parents are yet again stressed and over-burdened by back to school costs. It affects so many families, not just those on low incomes,” she added.

One parent participating in the survey stated that the month of August is “extremely stressful” as they try to manage food, rent and utility bills as well as back to school costs. “I will lose sleep and I will worry,” the parent stated.

June Tinsley reiterated this point and said: “The impact of these mounting costs mean many parents are foregoing other bills, cutting back on daily essentials or ending up in debt in order to ensure their children have all they need for the new school year.”

The survey showed that 7 per cent of parents borrow from friends, credit unions or moneylenders, 45 per cent have to juggle bills and even forego paying bills or cut back on daily essentials to meet the school bills, 39 per cent pay out of the regular household budget and 9 per cent pay out of savings. 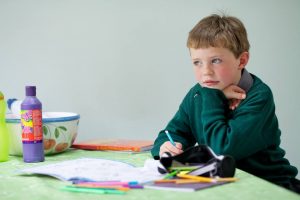 The survey included clothing and footwear which cost the most, followed by school books, stationery, classroom resources and voluntary contributions. It did not include transport, school bags, trainers or extracurricular activities.

The annual Irish League of Credit Unions (ILCU) survey (see Catholicireland.net 26 July 2017) found that the average (primary and secondary) return to school spend continues to increase and has now reached €1,209 per child – up by 2 per cent from last year.

In the Barnardos survey one parent commented that it would cost them €1,600 to send their child to first year in secondary school – this included the cost of an ipad.

Great efforts have been made to see the cost of uniforms reduced, for example by using iron-on crests instead of designated uniforms. Barnardos reported that there has been some relief for parents here with 28 per cent of primary schools allowing parents to purchase a plain uniform and some schools having no uniform. However, there was no relief for the remaining 72 per cent who paid an average of €95. The problem is worse for parents of secondary school students and 95 per cent of parents said they have to buy a school-specific uniform at an average of between €150 and €200.

The cost of books continues to be a problem in spite of a Voluntary Code of Practice among book publishers which was to prohibit the printing of new editions for six years to allow for book rental schemes and resale/passing on of secondhand books. Workbooks, which are considered wasteful as they cannot be reused, have not been withdrawn from the curriculum of some schools.

There was a slight improvement as 10 per cent fewer parents were asked for voluntary contributions this year. However, there was a mandatory classroom resource fee.

On the Minister’s circular (issued in April 2017) to schools to take action to reduce the burden of costs on parents,  Barnardos states that some were more proactive than others, but inaction by schools was often seen as a result of lack of funding by the government to resource the running of the school.

“Education unlocks potential but the State is denying many children the key because it is failing to see its fundamental role in ensuring the education system is adequately funded to ensure all children have what they need to learn the curriculum,” said June Tinsley. 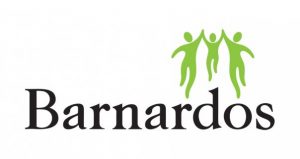