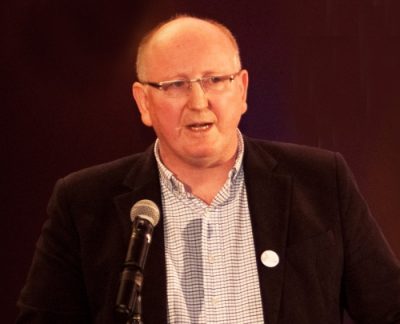 Politicians cannot bully doctors into performing abortion, according to a consultant obstetrician.

Trevor Hayes will address thousands of pro-life marchers at the Rally for Life outside the Custom House in Dublin this afternoon. Dr Hayes said the government is trying to trample on the right of medical professionals who conscientiously object to taking part in abortions.

“This is a form of bullying that is absolutely unacceptable, because a person’s conscience is not subject to majority rule,” Dr Hayes said.

Speaking in advance of the rally, the senior obstetrician and gynaecologist said there was a crisis in the health service. “That crisis is especially acute in staffing, so it is particularly appalling that staff in both nursing and medicine feel that they will be forced out of medicine because their right not to participate in abortion is not being respected.”

Dr Hayes said the reality of what doctors and nursing staff were being pressured to do was being ignored. “A great many of my colleagues are unwilling to perform surgical abortions, and they say they will not be forced to carry out this life-ending procedure. Would the politicians who so vehemently insist that we must perform abortions be willing to carry out one themselves?” he asked.

“Would the GPs who are attacking pro-life obstetricians on Twitter perform a late-term surgical abortion? I suspect they would not, so why are they trying to force other people to be involved in something so repugnant to those of us who adhere to the first principle of medicine which is to do no harm?”

Dr Hayes is one of is one of four consultant obstetricians at St Luke’s Hospital, Kilkenny, who have written to GPs in the region, and to the CEO of the Ireland East Hospital Group, Mary Day, to advise that abortions are not available in the hospital.

The letter said that, following discussions between the four, it was “decided unanimously that the hospital is not an appropriate location for medical or surgical terminations”. The consultants said it was “also adjudged that, in the event of professional and values training of staff willing to participate in such procedures, the hospital remains an unsuitable location for these services”.

Doctors have no objection to providing life-saving medical treatment to pregnant women, said Dr Hayes, but abortion is life-ending not life-saving. “It’s not health care, and no amount of spin can make it health care,” he said.

“Our Health Minister Simon Harris recently enthusiastically tweeted that he was ‘On it’, when abortion campaigners complained that St Luke’s Hospital was not carrying out elective terminations in Kilkenny. Almost every doctor in the country would agree that we wish Minister Harris had the same enthusiasm and drive in addressing the serious, life-threatening crisis that has developed in the health service on his watch,” said Dr Hayes.

The Rally for Life begins today (6th July) at 2pm at Parnel Square. Participants will then march to the Custom House Quay where the speeches will take place. Speakers include Peadar Tóibín TD, founder of Aontú; Carol Nolan, Independent TD for Offaly; Councillor Emer Tóibín from Aontú; Vicky Wall from Every Life Counts, Lucy Kelly, co-ordinator of Youth for Life NI; and Niamh Uí Bhriain, chairwoman of the Life Institute.