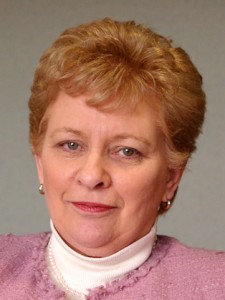 Former Police Ombudsman in Northern Ireland, Baroness Nuala O’Loan, has criticised the media in Ireland for driving an anti-Catholic agenda.

Speaking in Boston College, Baroness O’Loan said “In a country in which the media was once sympathetic to the Catholic Church, it is now aggressively hostile.”

In her address at the ‘Faith in the Future: Religion in Ireland in the 21st century’ conference organised by the US college’s centre for Irish programmes, she was very critical of a number of elements of the  Irish media for their coverage of the Catholic Church.

She said that some papers “now run columns in which things are said about and imputed to Catholics which would not be tolerated in the context of Islam or Judaism, or of homosexuals or humanists”.

The high profile Catholic peer added, “Journalists seem, on occasion, to have abandoned the careful, nuanced use of language in favour of wild sweeping assertions which fuel the lack of understanding of what Catholicism is about, and encourage virulent anti-Catholicism.”

Citing a specific example of where the media have been unfair to the Catholic Church she referenced the RTÉ Prime Time Investigates programme ‘A Mission to Prey’ which aired in 2011.

“We saw in 2011 the easy assumptions and failure to carry out proper checks by RTÉ which broadcast a dreadful programme containing entirely unfounded allegations that a Mill Hill priest, Fr Kevin Reynolds, had fathered a child in Kenya with a woman who was a minor at the time.”

After the broadcast, the child, now grown up, wrote to Fr Reynolds stating that she was not his child and ultimately both she and he had DNA tests which showed that he was not the father of the child.

She explained that RTÉ paid massive damages and that Fr Reynolds, after what was undoubtedly a very difficult period, returned to ministry.

However, Baroness O’Loan acknowledged that it was the media which ultimately forced the Church and State to begin to deal with child sexual abuse in Ireland.

“It became open season for the media though,” she said.

“This led to a situation of profound injustice, as the normal protections of the law, in terms of the assumption of innocence until guilt was proved were abandoned.”

“The victim had to be believed, so the priest must be lying in his denials. Some were, but some weren’t lying.”

“Men who had done no wrong were not, and in some cases still are not, properly treated during the period of investigation.”

Baroness O’Loan, who was Northern Ireland’s first Police Ombudsman from 1999 to 2007, is known for strongly defending her faith.

She previously resigned from the British Medical Association’s medical ethics committee over its support for extending the UK abortion law here in 2014.