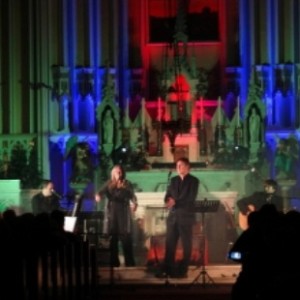 Glencairn Abbey was given a celebrity fundraising boost thanks to singers Noirín Ní Ríain and Liam Lawton as well as chef Neven Maguire.

Those attending the demonstration were also able to sample some of the local artisan food which was on sale.

Last Friday night, Noirín Ní Ríain and Liam Lawton performed at the Evening of Sacred Song at Tallow Church, Co Waterford, in aid of Glencairn, the only Cistercian monastery for women in Ireland.

The concert was organised by Liz O’Hara, a keen amateur singer who works as chef with the Sisters. She also enjoys singing with them in church.

“I’ve been working with the Sisters for 15 years and they are trying to raise money for their building fund. It was my contribution,” she told CatholicIreland.net. “We depend on their (Sisters) prayers so why not do something in return.” 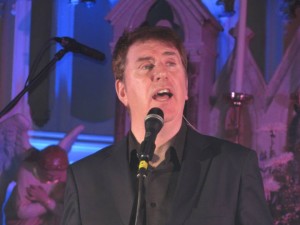 Liz O’Hara knew Liam Lawton and Noirín Ní Ríain, who often visits Glencairn to sing with the Sisters, and proposed the fundraiser to them.

The local Tallow parish choir got involved and the schoolchildren of Scoil Mhuire.

Liz O’Hara sang at the concert as did Jenifer Snow a soprano from Malahide in Dublin, and who is a niece of one of the nuns.

Noirín Ní Ríain performed some ancient Irish tunes, as well as the Alleluia with Liam Lawton and Salve Regina with the Sisters.

Fr Liam Lawton sang some of his own songs and accompanied the parish choir. Individual local singers also joined in and the compositions of parish organist Mairéad Cullinane and the night also included performances by her four daughters. 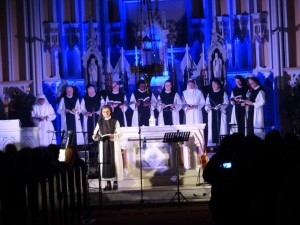 The Sisters described the event was “a wonderful exhibition of the talent and faith-filled spirit and values of the people of this locality who turned out in great numbers to support Glencairn Abbey and our community project to renovate the abbey and update the monastery building’s services.”

Their contribution was a rendition of Shaun Davey’s The Deer’s Cry, performed by soloist Sr Gertrude Kelly with a schola of Sisters from the community.