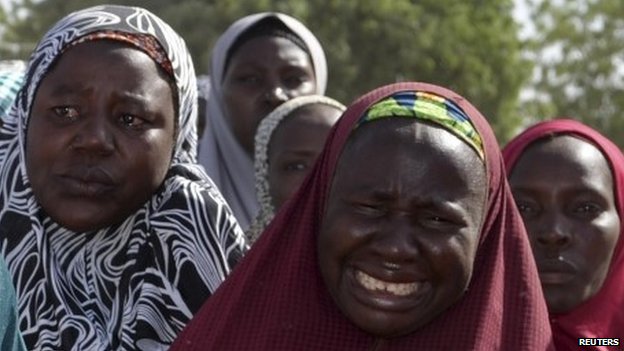 Concerned Nigerians have turned to prayer as hope fades for the return of around 230 schoolgirls abducted by Islamists in the latest attack by Boko Haram on state schools in Nigeria.

The call for prayers was made by Governor Godswill Akpabio at the 2014 Presidential National Prayer and Breakfast session, where he highlighted the need for prayer about the increasing national insecurity.

“We are all believers, both Christians and Muslims, and we believe strongly that there is nothing that is impossible before God,” he said.

A week ago, Christians in Nigeria united in a three-day prayer and fasting period for the return of the girls.

Aged from 16 to 18 years old, the girls were taken at gunpoint from their boarding school in Chibok in the north-eastern Borno state.

The school was one of the only ones to remain open due to the threat of attack by Boko Haram, which opposes western education, especially for women.

Catholic Church leaders in Nigeria have called for the release of the schoolgirls who were kidnapped during Holy Week after midnight on 14 April.

Their abduction followed the explosion of a large bomb in a bus station in the capital Abuja, which killed 70 people and injured 140.

“The abduction is most unfortunate and uncalled for,” Catholic Archbishop Alfred Martins of Lagos said in statement.

He spoke of his concern at the escalating insecurity, and said that the terrorists should not use religion to justify their actions.

Rev Titus Pona of the Christian Association of Northern Nigeria pleaded “with our brothers and kinsmen in the Boko Haram to… have sympathy on innocent children, our daughters, and release them to their family.”

Fr John Bakeni, secretary of the Maiduguri Catholic diocese in Borno, said Boko Haram had been difficult to defeat because it has sympathisers in the higher ranks of society.

In March 2014, Aid to the Church in Need reported that extremists had killed four men in an attack and burned a Catholic school to the ground.

Luckily staff and students at St Joseph’s Minor Seminary in the small community of Shuwa managed to escape and hide in a nearby forest as the suspected Boko Haram militants arrived.

The chapel, priest’s house, classroom and other facilities were all destroyed with high explosives, as was a nearby clinic run by Augustinian Sisters who managed to escape just in time.

A man who could not flee because he was in a wheelchair was forced to watch the destruction and the killing of four security guards who worked at the seminary.

He himself was only spared after the military commander said that during Jihad ‘cripples’ are to be spared.

Fr John Bakeni, who knows the man personally said that it is concrete evidence that being a Christian puts you in direct risk of being killed.

The priest said “Boko Haram have made it very clear in their clips that among those they are fighting are Christians and the government.”

He appealed for prayers and said, “The cycle of violence we are experiencing now shows every sign of getting worse.”

In a separate attack, 43 people, most of them students, were killed as they slept at a boarding school in Yobe state.

A further 22 died while at Mass on Sunday 26 January this year when suspected militants armed with guns and explosives opened fire on parishioners at St Paul’s Catholic Church in Waga Chakawa, Madagali.

President Goodluck Jonathan placed Adamawa, Yobe and Borno states under a state of emergency and installed a heightened security presence.