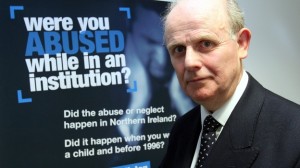 Two religious orders which ran residential homes for children in Northern Ireland have apologised for any abuse residents suffered while living in those homes.

The apologies were made by lawyers acting for the De La Salle Brothers who ran a home in Kircubbin, Co Down.

The apologies were made on the second day of hearings at the Historical Institutional Abuse Inquiry which has a remit to investigate child abuse and/or childhood neglect at residential institutions in Northern Ireland over a 73-year period up to 1995.

To date, 434 people have contacted the inquiry to allege they were abused.

A total of 13 institutions, of which five were Catholic, are currently under investigation. However, the Inquiry may decide to investigate other institutions.

The Inquiry’s remit is to examine whether there were institutional failings in respect of historical abuse and neglect, but it has no legal power to find anyone guilty of criminal acts.

Institutions being investigated by the Inquiry are:

The public evidence sessions of the Historical Institutional Abuse Inquiry are taking place at Banbridge Courthouse, Banbridge, Co Down.

The Health and Social Care Board also said that if the state had failed in any way it was sorry.

A number of applications to give testimonies from people resident in Australia is explainable by the fact that between 1947 and 1956, more than 120 children were sent from institutions in Northern Ireland to institutions in Australia (primarily Western Australia), as part of a UK government policy of child migration.