A new category for beatification, oblatio vitae, has been inaugurated by Pope Francis this week in a move described by many as “the most significant change to the Church’s saint-making procedures”. 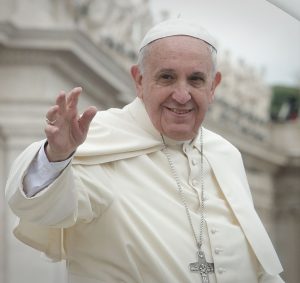 Until now, the process had three routes: martyrdom; living a life of heroic Christian values; and having a saintly and devout reputation.

The new, fourth route introduced this week by Pope Francis is termed oblatio vitae, literally ‘the free offering of one’s life’. It is for those candidates for sainthood who have literally sacrificed their lives for others.

The new route is described in the Pope’s apostolic letter, Maiorem hac dilectionem, which takes its title from the words of Our Lord in St John’s Gospel (15:13) : “Greater love has no man than this, that a man lay down his life for his friends.”

Under the new procedure, a miracle attributable to the candidate’s intervention will be required for beatification, but a second miracle will not be required for canonisation. This ‘one miracle, not two’ has led some to say that the new route is ‘a hybrid’ between that used for martyrs and that used for those who are declared saints because of their Christian values and saintly reputations.

The innovation could have an impact on the cause of Venerable Edel Quinn, the Irish missionary who went to Africa as an envoy of the Legion of Mary. The 36-year-old stayed on the missions despite suffering from tuberculosis and being told that the harsh conditions in Africa would hasten her death. If it is ruled that she freely accepted her imminent death for the good of others, only one miracle, not two, would be required for her to be declared a saint.

There are five conditions for being declared a saint by the oblatio vitae route: