A new mobile phone app, ‘The Catholic App’, that makes it easier to find where Mass is being celebrated, or where the Sacrament of Reconciliation is available nearby, has been launched by the Archbishop of St Andrews and Edinburgh, Leo Cushley.

The app, which uses GPS data, is primarily designed to help Catholics new to an area, for example tourists, find out which parish churches are nearby and when Mass is celebrated at those locations. But the app also comes with additional features, such as an ability to access diocesan news updates or to find out where confessions are being heard locally. 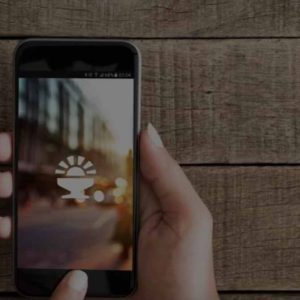 News of the app’s launch by Archbishop Cushley in St Peter’s Square in Rome, accompanied by a kilt-wearing piper, received much coverage in the media worldwide.

The ‘Find a Confessional’ feature led many commentators to label the app ‘Sinder’, a play on the name ‘Tinder’, a well-known smartphone app for organising blind dates.

Launching the Catholic App in the Vatican last week, Archbishop Cushley said: “This is a little bit of smart technology that could make a big impact on how the Catholic Church brings the mercy of God and the joy of the Gospel to our contemporary world.”

The app has been developed by the firm Musemantik, and its founder, Dr Maciej Zurawski, said: “Websites are losing their popularity – what is needed to engage with the mobile generation is an app that is smart and personal, an app that is like a companion, a friend that takes the initiative to inspire you – that’s the vision behind the Catholic App.” 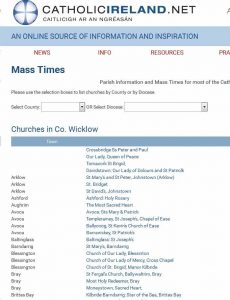 Whether Dr Zurawski’s claims are justified remains to be seen – several other mobile phone apps aimed at the faithful have been up and running for some time now, for example masstimes.org and The Catholic Directory App.

Indeed, this website, CatholicIreland.net, offers up-to-date information about Mass times in all of Ireland’s parishes and has been in existence since 2002.

For a YouTube video about ‘The Catholic App’ visit: https://www.youtube.com/watch?v=02ZdHULxz84.