National Collection for World Meeting of Families this weekend

The World Meeting of Families Third National Collection, will take place in parishes all over Ireland this weekend, 24-25 February 2018.  Appealing for support, a statement from the Archdiocese of Dublin invites families in parishes to “join us on our journey of preparation” for WMOF,  be “part of the events in Dublin from 21 – 26 August 2018” and “support us by volunteering, registering to attend and donating at our parish collection”.

Pope Francis has asked us to prepare for the 9th World Meeting of Families by reflecting on ‘Amoris Laetitia (The Joy of Love)’, his apostolic exhortation released in 2016, says the statement.  “Pope Francis believes that the family is good news for today’s world.  The Amoris: Let’s Talk Family! Let’s Be Family! Programme is a response to this request from Pope Francis.”

These parish ‘conversations’ are based around a series of Video clips available online for download from: https://amoris.ie.  The hope is that this course will be rolled out in parishes all over Ireland in the coming months.

The World Meeting of Families is expected to cost in the region of €20 million with national collections raising around €5 million.  The balance is being raised privately through fundraising teams.  Former Dragon, Norah Casey, revealed on the Claire Byrne Show on RTÉ earlier this week, that she was taking on the task of raising funds for the Pope’s visit.

“People have been surprised that I’ve been involved in the Pope’s visit to Ireland. For me he is a superstar. I think this pope above all others has given me back my faith,” she said.  Ms Casey, who recently took part in Dancing with the Stars explained that “like most people” she had a  “chequered history with Catholicism” going from being a cradle Catholic, to being divorced, having IVF, falling out with the Catholic Church  “when my husband died and [I] have come back into Catholicicsm – I don’t think it’s the worst thing in the world to say that I’m a Catholic in modern Ireland, but sometimes it seems that it is.” 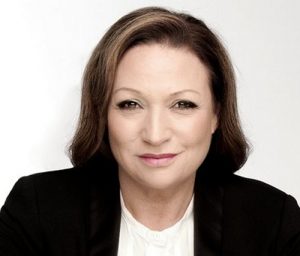 The well known Irish businesswoman and television personality said raising funds for the Pope’s visit meant that “taxpayers don’t have to pay for it” and it allowed “high profile people who do like this pope very much” to contribute to his visit. “I don’t take a lot of things on board by the way, I usually say no to most things.  I have to feel that I can make a difference and I do think that his visit to Ireland will be pretty monumental,” she said.

Ms Casey said two fundraising teams had been established in the US, and underlined that Pope Francis’ visit would bring “tens of thousands of people” to Ireland, unlike visits by the Queen or US President Obama. However, the visit was not a state visit, she said, but a “pastoral event”.

“We’ve just finished a piece of work on Corporates that we would like to worth with. Obviously if you’re involved with working with the Pope, people who know Pope Francis know that he is a quite respectful man. He’s not the kind who wants lavish cars, he doesn’t want to stay in posh places. One of the things he’d like to do is visit prisons, visit the homeless, so we are working on corporates that fulfil moral, ethical obligations, and good workplace practises.”

The magazine mogul, who in her own words was an “ambassador for the marriage equality campaign” said that she had been assured by Archbishop Diarmuid Martin, that the World Meeting of Families would be an “inclusive event that included everybody”.