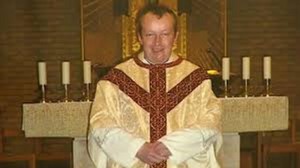 An English priest out shopping two days after Christmas, died in a supermarket car park, but his body was not discovered for three days.

Fr Joseph Williams (42), who served in Northamptonshire, Buckinghamshire and Bedfordshire, died suddenly in the car park of Morrison’s supermarket in Houghton Regis, Bedfordshire on 27 December.

In a statement on the website of the diocese of Northampton, Bishop Peter Doyle said it was believed the priest had died of natural causes.

It is believed that the priest was slumped over his car wheel in the car park for three days before he was discovered on Monday last.

“But it was unavoidable and it’s just one of those things. Our faith tells us that the Lord’s taken him unto himself and we believe that he’s sharing the fullness of life in heaven so we’ve got that hope in our hearts to help us in our sadness.”

Police were called to the car park at Morrison’s supermarket on Monday, when the discovery was made. Fr Williams had been missing for three days.

Bishop of Northampton Peter Doyle officially announced the news “with much sadness” in a statement on the diocesan website. He said that although there had to be a post mortem, “it would seem that he died of natural causes”.

Fr Joseph was ordained priest on 1st July 2000 and served as an assistant priest in Burnham and Kettering before moving to Biggleswade as Parish Administrator in 2006.

In his statement, Bishop Doyle asked people to “pray for the repose of Joe’s soul, for his family and for his parish. May he rest in peace.”

In his last parish bulletin of 2013 for St Martin de Porres, Fr Joseph had warmly thanked the parishioners who had prepared the church for the Christmas masses, and those who had assisted in various ways with the Masses over Christmas.

Morrison’s supermarket is supporting police with their inquiries and a report is being prepared for the coroner.