The Mill Hill Fathers are leaving Kilkenny, having had a presence there and within the Diocese of Ossory since 1932.

“There is a deep regret in the Diocese at the departure of the Mill Hill Fathers. I know the faithful will miss the quiet ministry that was characteristic of the House,” said Mgr Michael Ryan, Administrator, Diocese of Ossory in a statement issued 12 July 2017.

“We appreciate that a Religious Order has to look at its resources of personnel from time to time – the age profile of the members and the shortage of Vocations – and to try to continue to be faithful to the charism of the Order in the prevailing circumstances.”

Mgr Michael Ryan, in association with retired Bishops Laurence Forristal and Seamus Freeman, and on behalf of the priests, religious and people of the diocese, thanked the Mill Hill Fathers, who are also known as St Joseph’s Missionary Society.

FitzGerald Auctioneers and Lisney Auctioneers have put up the “For Sale” notices and the house on the Waterford Road, Kilkenny, is available for viewing. The sale is by private treaty with an asking price of just under €1 million. 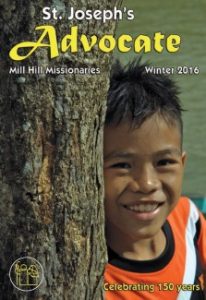 St. Joseph’s Advocate produced in Kilkenny and dispatched from there

The remaining priests – Frs Doyle, O’Connell, McGill and Harney – are expected to move out by the end of September. The St. Joseph’s Advocate publication has been produced in Kilkenny and dispatched from there. Autumn and Winter issues and the annual calendar are currently being processed in Kilkenny but will move to Dublin in the coming months.

Back in 1932 Bishop Patrick Collier welcomed the Mill Hill Fathers to open the then Junior Seminary in Uppercourt, Freshford. The seminary remained open for almost 60 years and educated more than 150 young men who completed secondary education and then went on to other houses of formation for their studies for the priesthood.

When the seminary closed the college continued as a post primary school and boarding school which was famous for its annual musicals.

The building and grounds were sold a number of years ago and in 2005 were put up for sale by consultant surgeon Paul O’Byrne, who also operates out of Barringtons Hospital, Limerick. It was described as a 17-bed Georgian mansion that had been partially renovated. 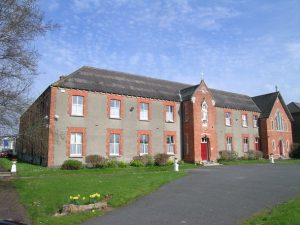 In 1989 the fathers moved to St Joseph’s on the Waterford Road in Kilkenny city – the house they are now leaving. As well as producing and distributing their missionary magazine from there, the priests were also available to the diocese to help with the celebration of masses in the city and around the diocese.

“The priests of the diocese, I know, would wish me to thank the Fathers, in particular for their availability (often at short notice) to help with the celebration of masses,” stated Mgr Michael Ryan.

At the time of their Assembly in February 2017, there were 36 members of the Mill Hill Fathers living in the Irish Region.