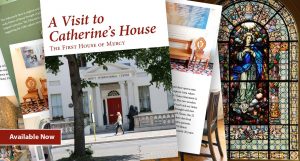 The Mercy Sisters are issuing a special souvenir booklet to mark the 190th anniversary of the opening of their first house in Ireland.

As part of the annual 24th September Mercy Day celebrations, Sr Mary Reynolds rsm, Executive Director, Mercy International Association (MIA), will launch the booklet at Baggot Street, Dublin which has been home to MIA for 20 years.

“It is an A4 size booklet with 36 pages,” she told Catholicireland.net. “In it we tell the story of the house, with all the photographs.”

She explained that there are a number of heritage items in the house and as visitors are not allowed to take their own photographs, the book includes professionally taken photographs of these items.

“A Visit to Catherine’s House” features many of  the historic and artistic items in full page photos including the Immaculate Conception stained glass window in the chapel, which was created by Earley and Co Studios and installed in 1931. Two decorative stained glass windows in the organ gallery, the work of Harry Clarke Studios, and originally at the front of the house are also in the booklet. Various windows feature Saints Joseph, Brigid, Patrick, Catherine of Siena and Teresa of Avila, all of whom Catherine McAuley, the founder of the Mercy had great devotion to. There are also photos of the illustrations of texts, and paintings by Sr M Clare Augustine Moore, which were considered to be among the best created in the 19th century in Ireland. 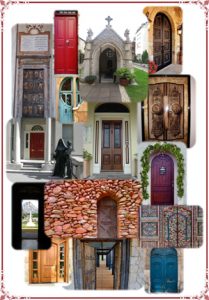 The full colour booklet can be used in preparation for, or as a follow up to a personal or group pilgrimage to MIC and as a resource for teaching about the life of Catherine McAuley, the spread of Mercy across the globe, and the contemporary Mercy story.

The Mercy Day Mass at MIC Baggot Street will also be live streamed as part of the Anniversary celebrations on the Mercyworld.org website. The live stream will commence at 1.45 pm (Dublin Time) with Mercy Day messages from Congregation and Institute Teams. The video of the Mercy Day Mass will be archived for later viewing.

“On 24th (September) we always have Mercy Day celebrations. But this year on our 190th anniversary of the founding of the house, we will live stream to the ‘Mercy family’, so to speak. We are in 44 countries of the world and we will live stream to whoever wants to pick it up. That will be the Mass and the homily and the greetings, there will be greetings at the beginning from all over the world,” said Sr Mary Reynolds rsm.

The Mercy International Association (MIA) team is also busy preparing for the World Meeting of Families 2018 with all available accommodation in the house fully booked out by national and international participants. MIA will organise various events including a lecture scheduled for the weekend of the 4th and 5th August when Sr Brenda Dolphin rsm will present Catherine McAuley’s experience of family in the light of the World Meeting of Families.  The times are still to be confirmed, but this will be live streamed to the Mercy world.

Booklets can be bought at the MIC gift shop and online.