Mater Hospital will perform abortions under terms of Act 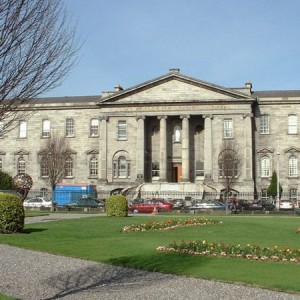 The Mater Hospital in Dublin has said it will comply with the terms of the Protection of Life during Pregnancy Act.

In a short statement issued on Wednesday, the Catholic voluntary hospital said its priority is to be at the frontier of compassion, concern and clinical care for all its patients.

“Having regard to that duty the Hospital will comply with the law as provided for in the act,” it said.

The Mater is one of 25 “appropriate institutions” named in the Act where abortions may be carried out to save the life of a pregnant woman.

In August, a member of the hospital’s board of governors, Fr Kevin Doran told the Irish Times that it could not comply with the Act.

Fr Kevin Doran had said the Catholic voluntary hospital cannot carry out abortions because they go against its ethos.

It appeared that the top Catholic hospital was preparing to challenge the Government over the lack of any opt out in the Protection of Life During Pregnancy Act for institutions whose ethos is contravened by the provision of abortion.

When asked for a comment on Wednesday, Fr Doran declined to say anything. It is known that he and another member of the hospital’s board of directors were concerned.

Last month, Sr Eugene Nolan, a nurse tutor who is also a member of the Board of Directors, told the Irish Times that the situation facing the hospital was “very, very grave”. She also suggested that the new legislation was “being imposed” on the hospital.

The Mater is a Catholic voluntary hospital, which is part-owned by the Sisters of Mercy. It was founded it in 1861, and is currently managed by a Board of Governors which are independent of the HSE.

Under the act’s provisions, institutions such as the Mater do not enjoy the right to opt out of such procedures on the grounds of conscientious objection or because abortion is contrary to its ethos.

The Minister for Health, Dr James Reilly publicly stated that the 25 appropriate institutions would be expected to carry out abortions.

Fr Doran told the Irish Times that he would be very concerned if the Minister sees fit “to make it impossible for hospitals to have their own ethos.”

He warned that the issue is broader than just abortion. “What’s happening is the Minister is saying hospitals are not entitled to have an ethos,” Fr Doran said.

He indicated that should the hospital decide to comply with the legislation it would lead to a “very serious discussion” between the Archbishop of Dublin and the hospital’s management.

The Archdiocese of Dublin acts as a member of hospital’s parent company, along with the Sisters of Mercy, the Catholic Nurses Guild of Ireland, the Society of St Vincent de Paul and the medical consultants of the Mater Misericordiae University Hospital and of the Children’s University Hospital in Temple Street.

Sr Eugene Nolan of the board of directors said abortion was against the hospital’s ethos. “The main thing is we have an obligation to preserve the ethos of the hospital and still try and do the best we can. [The legislation] will have to be looked at very carefully,” she said.

Venerable Catherine McAuley founded the Congregation of the Sisters of Mercy in 1831. Visitation of the sick poor in their homes was one of the characteristic works of her Sisters from the beginning. Her aspiration to establish a hospital became a reality when the Mater Misericordiae Hospital officially opened in September 1861.

The Mater Misericordiae University Hospital is committed to healing the sick, regardless of class, creed, or nationality.

The hospital’s vision and ethos are enshrined in its Mission Statement which pledges to “respect the dignity of human life”.