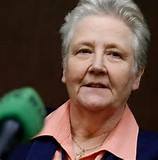 Irish woman Marie Collins has resigned from the Pontifical Commission for the Protection of Minors.

She has stated that when she took up her appointment in 2014, she made it publicly known that if she found any discrepancy between what was happening behind closed doors and what was being said to the public she would not remain on the Commission.

In a full statement published in the American National Catholic Reporter (NCR) she stated: “I feel I have no choice but to resign if I am to retain my integrity.”

She stated some of the obstacles that faced the Commission during its three years of existence, including: lack of funding and resources, inadequate structures around support staff, slowness of forward movement and “cultural resistance”.

The Pontifical Commission for the Protection of Minors (PCMP) stated that Marie Collins had informed Cardinal Sean O’Malley, President of the PCPM, on 13 February 2017, of her intention to resign as of 1 March 2017.

“The Holy Father accepted Mrs Collins’ resignation with deep appreciation for her work on behalf of the victims/survivors of clergy abuse,” the PCPM said in a statement.

It added that Marie Collins had: “consistently and tirelessly championed for the voices of the victims/survivors to be heard, and for the healing of victims/survivors to be a priority of the Church. In discussions with the Cardinal, and in her resignation letter to the Holy Father, Mrs Collins cited her frustration at the lack of cooperation with the Commission by other offices in the Roman Curia.”

On the invitation of Cardinal O’Malley, she will continue to work with the Commission in an educational role. 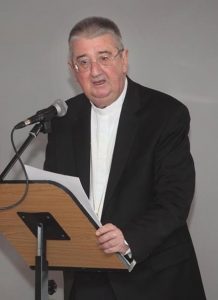 Archbishop Diarmuid Martin of Dublin paid tribute her work. He said that few people in Ireland have made such a consistent contribution to the change in the Church’s response to child sexual abuse.

“Despite opposition and resistance, she remained committed and constructive in what were for her good moments and bad moments. I have learned above all to see in her a person of integrity who is not afraid to chart her own course: where things were wrong she identified them and named them; when she felt uncomfortable she was never tempted to take the easy path and remain quiet and I am certain that will be her position in the future,” said Archbishop Martin.

As stated in NCR, issues that prompted Marie Collins’ resignation were the lack of progress in implementation of the Commission’s recommendation for a tribunal to be set up to hold negligent bishops accountable. This was approved by Pope Francis and announced in June 2015.

In 2016 in his motu proprio “As a Loving Mother”, Pope Francis followed up with a similar initiative to cover both negligent bishops and religious superiors. It was to start in September last year, but Marie Collins stated she was uncertain if it has begun work.

Another issue was the lack of progress in disseminating the Safeguarding Guidelines template developed by the Commission, for use by bishops’ conferences around the world. There was also poor cooperation from other Vatican congregations reviewing existing safeguarding policy and templates.

Marie Collins stated that after those issues, the last straw for her was the reluctance of some in the Vatican to follow a Commission recommendation that all mail from victims/survivors receive a response.

“I find it impossible to listen to public statements about the deep concern in the Church for the care of those whose lives have been blighted by abuse, yet to watch privately as a congregation in the Vatican refuses to even acknowledge their letters,” she stated.

She said that in spite of the difficulties, there is value in the Commission continuing its work and its members are sincere and intent on moving forward. She hopes that a survivor will always be present on the Commission.

It has recently been reported that Pope Francis did not laicise some clerical abusers but used other sanctions to keep them out of ministry. She stated that although this was disappointing, the Pope does understand the horror of abuse and the need to stop abusers. To her knowledge, the lesser sanctions have not allowed a perpetrator back into a position which puts children at risk.

The Pontifical Commission for the Protection of Minors was established by Pope Francis, who defined it as having the task: “to propose to me the most opportune initiatives for protecting minors and vulnerable adults, in order that we may do everything possible to ensure that crimes such as those which have occurred are no longer repeated in the Church. The Commission is to promote local responsibility in the particular Churches, uniting their efforts to those of the Congregation for the Doctrine of the Faith, for the protection of all children and vulnerable adults.”