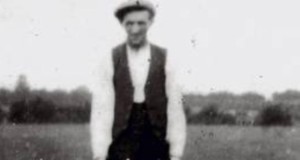 The prayers of a Co Tipperary man have finally been answered after 74 years.

Harry Gleeson has become the first person in the history of the State to be given a posthumous pardon after he was hanged for murder in 1941.

Mary ‘Moll’ McCarthy was discovered shot dead in a field in Marlhill in November 1940.

Harry Gleeson was tried and executed for her murder in 1941.

On the night before he was executed, his barrister and later Irish political leader Sean McBride recorded these words from him.

“The last thing I want to say is that I will pray tomorrow that whoever did it will be discovered and that the whole thing will be like an open book. I rely on you then to clear my name. I have no confession to make, only that I didn’t do it. I will pray for you and be with you.”

Now almost three quarters of a century later his name has finally been cleared.

On foot of a submission from the Innocence Project Ireland and the Justice for Harry Gleeson Group, the Irish Attorney General directed that the case be subject to final and authoritative review.

The review, conducted by Shane Murphy SC, concluded that there were deficiencies in the conviction such as to render it unsafe.

New evidence found that the prosecution withheld information that showed a discrepancy in their case, relating to a gun register.

The shotgun register tended not to support the prosecution’s case that Mr Ceasar had, in October 1940, purchased ammunition of a calibre consistent with the type of ammunition used to murder Mary McCarthy.

According to Mr Murphy, “This was material which ought to have been available to the jury.”

The Government said the failure “by the prosecution to comply with the prosecutorial obligation to assure a fair trial to the accused by taking a decision not to call Mr and Mrs Ceasar, the accused’s uncle and aunt, to give evidence at the trial.”

“The Ceasars, in whose home Mr Gleeson lived, were material witnesses in relation to a number of issues in the trial.”

Justice Minister Frances Fitzgerald announced recently that “the Government is to advise the President to exercise his right of pardon in the case of Mr Gleeson.”

The Government says “it deeply regrets the unsafe conviction and has expressed its sympathy with both families involved.”

Mr Gleeson will now receive a posthumous pardon under the remit of the Criminal Procedure Act 1993.