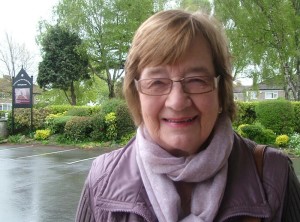 In a moving interview on RTE Radio’s ‘Today with Sean O’Rourke’, Alice Cairns, the mother of Philip Cairns, said that she forgave Eamon Cooke, even if he was the man who did harm to her son.

Asked by a reporter about her hopes now, Mrs Cairns replied,  “The man is dead now so he’s not going to affect anybody in the present time. The Lord have mercy on his soul.”

Describing her son Philip, who disappeared almost thirty years ago in a case that baffled the country, Alice Cairns said he was a quiet lad, no trouble, a good fellow with a good sense of humour, who loved sports – football and hurling.

She has always hoped for  a ‘conclusion’ to his story (see https://www.catholicireland.net/mother-philip-cairns-hopes-conclusion/) but the breaking news that a nine year old girl who had been abused by Eamon Cooke saw him striking Philip Cairns at the Radio Dublin studio has not given her any real consolation.

“We still don’t know if it is true,” said Mrs Cairns.

She had never heard Philip mention visiting a radio station. “He didn’t come home and say ‘Guess where I was today?’ unless Eamon Cooke picked up Philip that day. We always knew where Philip was until the day he disappeared,” she said.

Philip Cairns was walking back to school after his lunch in broad daylight on Friday 23 October 1986 when he disappeared never to be seen again.

According to his mother Alice, Philip was a profoundly spiritual child. He had just made his confirmation months before and was consecrated to the Immaculate Heart of Mary and the Sacred Heart of Jesus.

Since the story has come back into the public eye, Alice Cairns has been besieged with calls and many people have sent her good wishes, mass cards and bouquets. Flowers surround the well known picture of Philip from his Confirmation day.

Mrs Cairns said it is only in the last year or two that she has come to terms with the fact that her son Philip won’t come home, especially since her husband Philip senior died in 2014. 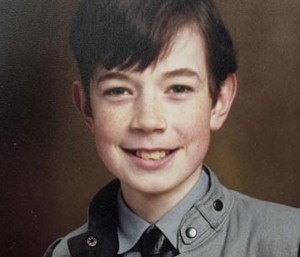 “He was always waiting and hoping too but I think he gave up thinking he was going to see him [Philip] again quicker than I did.”

Saying that Philip had been “robbed of a future” and they were “robbed of him”, Mrs Cairns said nonetheless that she did not give much time to thought for his abductor.

“You could waste your whole life worrying or feeling bad about that person. I don’t think too much about it at all. I focus on Philip. We just have to get on with life and keep the bright side.”

She said she would like to know where Philip is and “give him a Christian burial and just put an end to it. We are all waiting for thirty years. Please God everything will turn out good.”