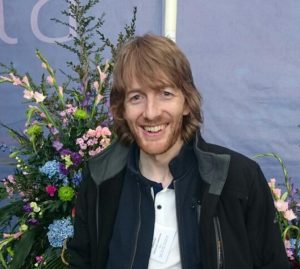 The Limerick priest at the centre of a Twitter campaign to keep him in Limerick says he is honoured by outpourings of praise from young people.

Fr Chris O’Donnell (43), a native of Adare in Co. Limerick, is to move to Dublin to commence work on a new primary school religion book. The move has led to an online petition of over 1,500 signatures – some sent to Pope Francis – to keep him in Limerick.

Speaking this week to Limerick’s Live 95FM, Fr O’Donnell, who is not on Twitter, said that “as it happens I haven’t seen any of it and if I had I would be mortified. But I would also be very appreciative. I have worked with young people for eleven years and I know how good and how passionate they are. On one level you would be mortified but on another you would say that is their goodness coming out. But they are not getting rid of me. I have been asked to do a job in Dublin.”

Fr O’Donnell, who works with the youth ministry at the Limerick Diocesan Pastoral Centre on Denmark Street, is due to be relocated to Dublin later this year after almost 12 years in Limerick. A litany of tweets has now been sent to @Pontifex, the Pope’s Twitter account, which has over 11 million followers, under the hashtag #keepourhero.

Fr O’Donnell, a former primary school teacher, is relocating to Dublin this September for up to a year to help write a sixth class religion book produced by Veritas.

The online petition, called ‘Keep our Hero Fr Chris O’Donnell’, is hosted at www.thepetitionsite.com. It states that “Fr Chris has touched the lives of many young people and has been an integral part of youth development in Limerick and is known for bringing different branches and sections of the youth together in the most amazing and multiple ways.”

Fr O’Donnell told the Limerick Leader: “The young people I work with are great. It’s a gift and a privilege to work with them. As much as they love me, I love them, and I think that the reaction in the last few days is a reflection of the work we do in the youth ministry as much as the personalities involved.”

He added, “I fully appreciate their sentiments – it’s typical of good people and it’s lovely to see that fondness is there. I also have to be open to new challenges; that’s the life of a priest. I’m not being sent against my will or forever, but I will miss the daily contact with them. I don’t know the finer details of my role in Dublin at present, but I trust in the bigger picture.”

The Bishop of Limerick Dr Brendan Leahy said he has “certainly noted the response of young people across the diocese” to Fr O’Donnell’s departure before it was officially confirmed by the diocese. “To see such an outpouring of affection for Fr Chris speaks volumes about his relationship with them and the connection that young people can have with their Church and priests,” he said. It is expected that Fr Chris will be in Dublin for 12 months.