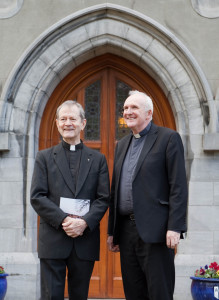 Over 350 delegates attended Saturday’s inaugural event for the Diocese of Limerick’s preparations for the 2016 synod.

The synod – the first in Ireland in 50 years and first in the diocese in 70 years – will be preceded by an 18-month period of reflection and listening.

This commenced on Saturday and will be officially launched at a special Mass on Sunday 7 December in St John’s Cathedral.

The delegates that came together for Saturday’s gathering will remain on the synod journey right through to the synod itself in 2016. They are drawn from 60 parishes and 25 other groups across the diocese.

They range in age from those in their late teens to people in their ‘80s and are drawn from all sectors of society from politicians to doctors, people drawn from various ethnic backgrounds right through to the unemployed and students.

A leading US-based professor of theology, who was the keynote speaker at the gathering in Mary Immaculate College on Saturday, told delegates that the synod and the build-up to it can lead to a re-founding of the diocese.

Fr Paul Philibert said at ‘Together in Mission’ that a synod “is essential if we are to take on board the type of change we now need”.

The Dominican friar and expert in pastoral theology from the US who has written extensively on church, spirituality, and liturgy said, “The synod will help us to name the unusable past and to aim for the necessary future.”

Referring to Bishop Brendan Leahy’s pastoral letter of convocation of the synod, Fr Philibert said Bishop Leahy had clearly indicated that the synod will have “some mighty challenges ahead of it.”

He referred to the ecclesial trauma caused by the revelation of horrible deeds done to children. Those stories and those wounds will need to be named, and assurances of clear changes of policy will need to be credible and fully understood.

“Moreover, the practice of the faith has declined, and the majority of our young adults have not settled down into the church as a spiritual home. In a broader sense, not just Roman Catholics, but the Irish people as a whole find it harder to see the link between faith and culture. There is, as Pope Francis keeps reminding us, a profound need for re-evangelisation.” 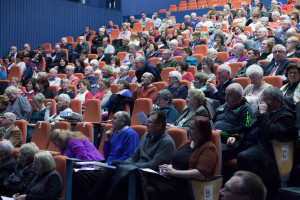 Fr Philibert said that there will have to be some ‘emptying out’ and the biggest aspect of this will be in recalibrating our understanding of what the church is and what our role within it must be.

He said that exaggerated ideas of the priest’s role was not good for the ordained nor for the laity who, under such circumstances, could hardly imagine their Christian lives as apostolic.

“During the last fifty years, a downturn in vocations, often flawed catechesis (or worse, no catechesis), the onslaught of pathological media, and generations attuned to vacuous overstimulation have created a populace addicted to excitation and starved for religious formation. Today, ironically, we have vast resources for communication unimaginable to our great-grandparents, on the one hand, and the effective loss of the deep practical meaning of the Christian life, on the other.”

He said that we must let go of calculating Christian life in terms of Masses, rosaries, and novenas alone.

“These were the lifeblood of Catholics in the hard times, and they are due all proper respect. But we must let go of thinking of the saving sacrifice of the Mass as something done for us but without us.”

“The synod could be an invitation to enter a new age of hope, of discovery, a new age of joy and investment, leading to new challenges but also to deeper peace,” the Dominican suggested.

Other talks on Saturday were given to delegates on the specially designed Synod logo and the Synod Web-site, while there were a number of workshops, including on ‘The Irish Catholic Catechism for Adults as a resource for creating encounters with Christ’, ‘Catholic Education and the Synod’, ‘The Synod and parish life: Exploring how the synod journey will connect with the life of parish and parishioners’, ‘Synodality and Vatican II’, ‘The Synod as a Pilgrimage  in Faith’, and ‘Reading the Signs of the Times’.

Reflecting on the first gathering of Synod delegates, Bishop Brendan Leahy said, “This was the first coming together for the delegates and there was definitely a real sense of energy and enthusiasm about the role of the diocese going forward and how we can look at the obvious challenges we face not as hurdles but platforms for positive change.”

Fr Éamonn Fitzgibbon, Episcopal Vicar, who is also acting as Director of the Synod, said “We have had a really engaging and energising start for the Synod process. Fr Philibert delivered a captivating address and there was much more food for thought in the various workshops.”

He added, “Ultimately, there is huge goodwill for the Diocese and an appetite for the positive change that we are going to effect.  We are now all eagerly looking forward to the Synod launch on 7 December.”

For full details on the synod: www.synod2016.com