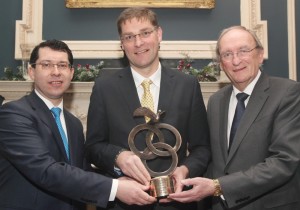 When Magnus MacFarlane-Barrow, working on a famine relief project in Malawi, asked a young boy what he hoped for from life, he was shocked by the boy’s answer: “To have enough food to eat and to go to school one day.”

The boy’s mother was dying of AIDs leaving behind her six children.

He and his brother Fergus, two Scottish fish farmers, had originally been moved by the plight of refugees during the Balkan war and organised a container load of relief.

When donations continued to arrive to their home, they took a gap year, and in time this developed into SIR, Scottish International Relief.

The request of the boy in Malawi struck a chord with the brothers and led to the evolution of SIR into Mary’s Meals at it exists today – an international movement to set up school feeding projects in communities where poverty and hunger prevent children from gaining an education.

Mary’s Meals provides daily meals in school for over 920,000 children in Africa, Asia, Latin America, the Caribbean and Eastern Europe. 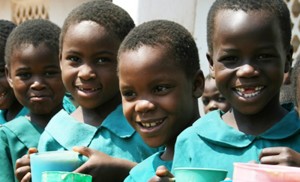 The presentation was preceded by the screening of ‘Child 31’ a film about the work of Mary’s Meals.

“Mary’s Meals is a simple idea that works, said the Ceann Comhairle.

“Thanks to this charity and its many volunteers, nearly a million children a day receive a square meal in a school setting. You can’t go to school and you certainly can’t do well at school on an empty stomach. This great initiative offers children an escape – or the beginnings of an escape – from extreme poverty.” 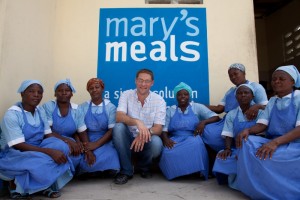 The charity sets up community-led school feeding programmes in the world’s poorest areas and is currently making a difference in 13 countries across five continents.

It maintains that its governance and fundraising costs are less than 7 cent out of every €1 donated, and it can feed a child for a whole school year for just €14.50.

Senator Rónán Mullen said that Mary’s Meals exemplified “the Celtic spirit of going out to the whole world and bringing hope and assistance to people in need.”

“At this time of year especially, we value the work done by many good people to alleviate human suffering at home and abroad.”

He said the Human Dignity Group chose Mary’s Meals because they were “inspired by their consistent championing of human dignity, their professionalism, their responsible use of funds and resources and their deep respect for the communities among whom they work.”