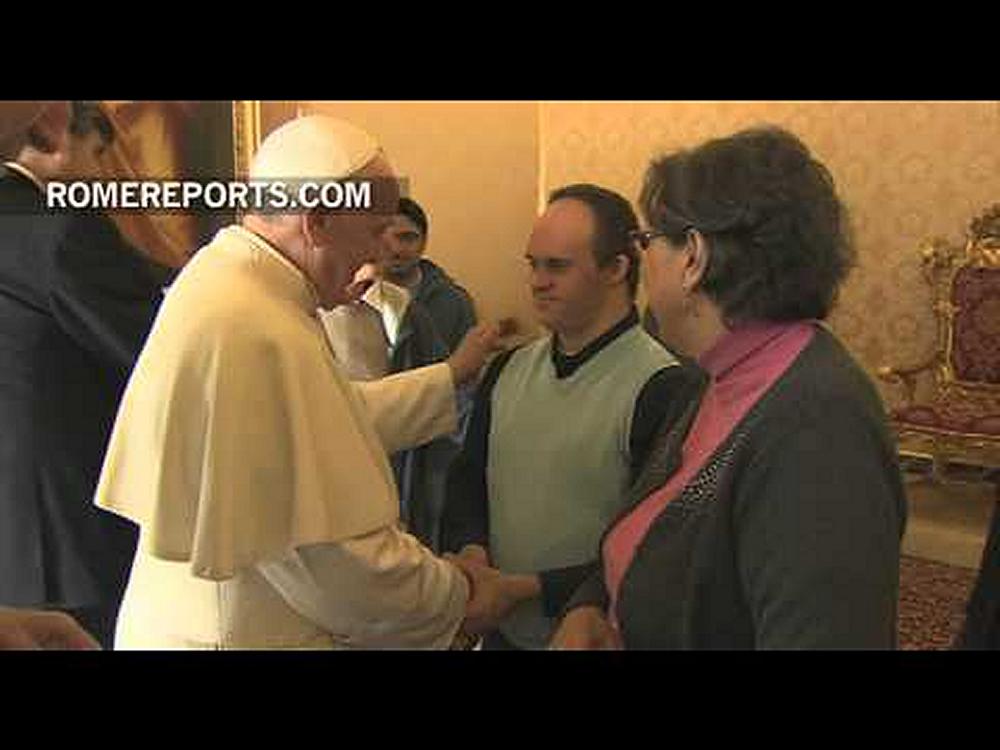 Irish members of L’Arche have been rejoicing over the recent meeting of their founder Jean Vanier and a delegation from the federation with Pope Francis earlier this week.

“We were absolutely delighted when we saw the news of it on Youtube,” Greta Mc Ilveen from L’Arche Kilkenny told CatholicIreland.net. “We are all rejoicing.”

The meeting between Pope Francis and Jean Vanier along with a small delegation from L’Arche, took place on 21 March.

“There were a lot of surprises from beginning to end!” Patrick Fontaine, who was the group’s International Co-ordinator, said.

Initially the L’Arche group was meant to comprise seven people: three people with disabilities and four others.

But in the end, there was twice as many, with members of L’Arche communities in Italy, assistants and people with disabilities, being added to the group.

The private meeting between Pope Francis and Jean Vanier took place in an office for about ten minutes.

The two men spoke about intellectual disabilities and Argentina, and set the groundwork for a future meeting between the Pope and L’Arche leaders to discuss the challenges that the Federation faces.

Afterwards, all the members of L’Arche were introduced to the Pope – those with and without intellectual disabilities.

The Pope spent some time with each person with a disability taking the time to write a few sentences in a book written by Jean Vanier, I meet Jesus, which is written in a way understandable to those with disabilities. 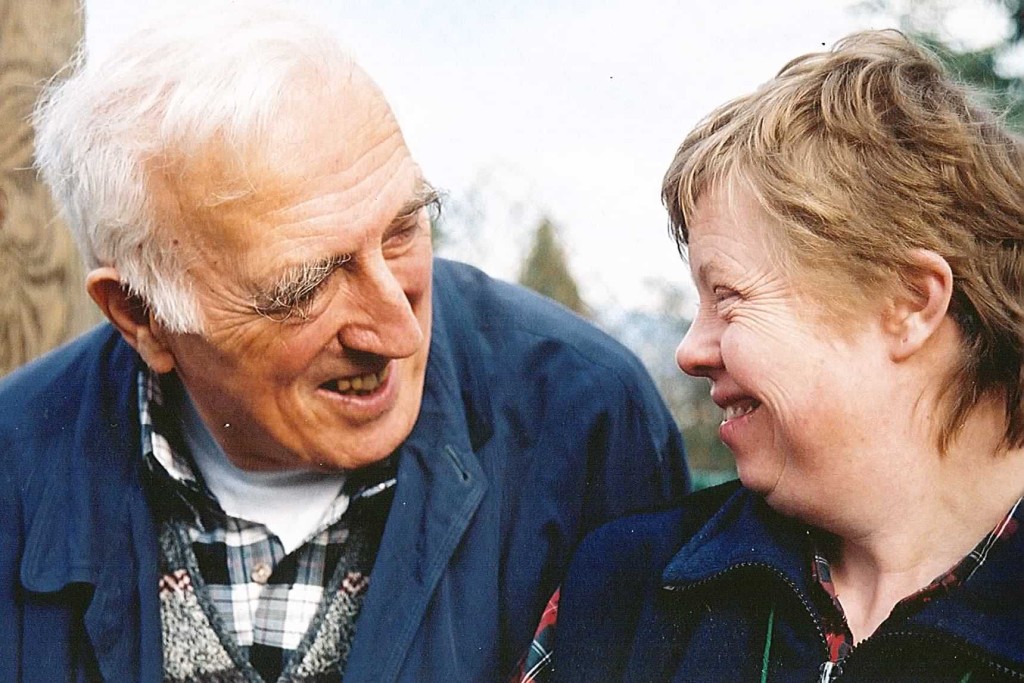 “The Pope didn’t have his reading glasses and it took a bit more time than expected!” Patrick Fontaine recalled, and added that he was touched by the man who appeared in real life to be exactly as he is on the screen.

He described the pontiff as “full of simplicity, goodness, warmth. It was a very emotional moment for the L’Arche group who had been invited to the Vatican.”

L’Arche members in Ireland see a huge affinity between Pope Francis and their founder.

Greta Mc Ilveen, commenting on a book by Pope Francis, said he wrote with the “same heart as Jean Vanier and he has the same warmth.”

“One woman in a wheelchair that he greeted was not very responsive. His humanity with her was amazing. It was a beautiful experience for them and for the rest of us as well,” she said. 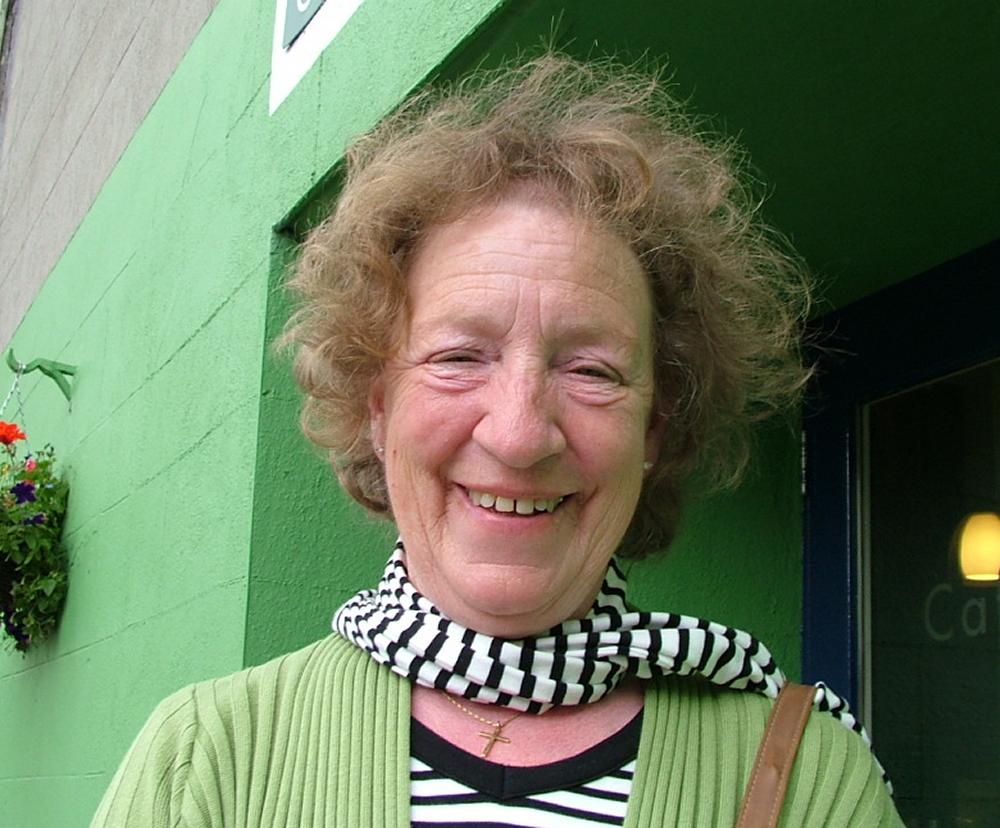 L’Arche has communities in Belfast, Dublin, Cork, Kilkenny and Sligo, each of which is twinned with a L’Arche community in the developing world. Worldwide it has 137 communities in 36 countries.

A former officer in the Royal Navy, he studied philosophy and theology in his twenties in Paris.

His mentor priest was chaplain to a small institution for men with mental disabilities in Trosly-Breuil, north of Paris.

In his thirties, shortly after taking up a role lecturing at a Canadian university, Jean went to visit his friend and decided to stay.

In 1964, he invited two of the men from the institution to live with him. He named his house ‘L’Arche’, the French word for Noah’s Ark.

Spurred on by the example of Jean Vanier, other communities were born all over the world in the 1970s.

Jean Vanier is now 85 and lives in France and seldom travels abroad.

A short Rome Reports video on the meeting is at: https://www.youtube.com/watch?v=i7jJv2Cq-7g