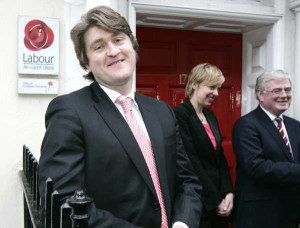 Ireland should consider re-opening its embassies in the Vatican and Tehran according to the Labour TD for Clare, Michael McNamara.

In a statement issued on Sunday (13 October) he said, “In recognition of the valiant efforts of Pope Francis to reform and modernise the Papacy, Ireland should consider re-appointing a resident ambassador to the Vatican.”

He went on to say that it remains to be seen whether the new Pope’s emphasis on humility has trickled down to some members of the Irish hierarchy and some Irish religious orders.

The TD suggested it was inconceivable that the Vatican, under the leadership of Pope Francis, could ever again “behave as badly” as it did in the cases of Irish children sexually abused by priests and religious.

“I believe that a very significant page has been turned in the history of the Papacy and we should recognise this by restoring normal diplomatic relations,” he said.

His comments were made despite the fact that the Minister for Foreign Affairs, Eamon Gilmore, announced at the time that the decision to close the embassy on 3 November 2011 was based on the need to save money.

He denied from the outset that the move had anything to do with the fallout from the Cloyne Report and other clerical abuse scandals.

In his statement, Michael McNamara claimed that the decisions to close the embassies in the Vatican and Tehran were made at a time when the Tánaiste and Minister for Foreign Affairs was concerned with the cost of Ireland’s representation abroad.

“He also refocused our embassies on the development of trade.  In the meantime, situations have evolved and I believe it is now appropriate to reconnect with Iran, a country with huge potential for trade with Ireland, and to restore the historic links between Ireland and the Vatican,” he wrote.

The TD then welcomed Eamon Gilmore’s announcement last week (8 October) that he intends to review Ireland’s foreign policy and external relations. The public consultation process, which will form part of this review, will allow citizens to give their views on foreign affairs.

The Tánaiste said, “Our foreign policy is a statement of who we are as a people. It is the means by which we promote our values and pursue our interests abroad.  Through it, we pursue economic prosperity and promote peace and security in Ireland and the wider world.”

He did not specifically mention reviewing the decision to close the Vatican embassy in his press release.

Information on how to make a submission will be made available on the website of the Department of Foreign Affairs and Trade.