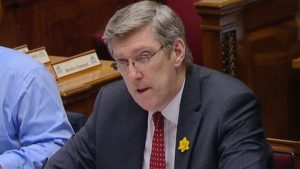 A legal challenge against the merger of two post primary schools in North Belfast on the grounds that it would deprive pupils of a single-sex Catholic ethos non-grammar education commenced this week at the High Court in Belfast.

In 2015 the then Education Minister in Northern Ireland, John O’Dowd MLA, approved the merger and change of enrolment of a number of post primary schools in North Belfast and the Glengormley areas arising out of proposals made by the Council for Catholic Maintained Schools (CCMS). Included in such proposals was the merger of the Little Flower Girls’ School and Saint Patrick’s College, Bearnageeha.

Under the proposals, the Little Flower Girls’ School, a Catholic girls’ school, and St Patrick’s College, a Catholic boys’ school, will amalgamate to form a new 1,119 co-educational post primary school.

The move would see the two schools merge from the start of the 2017/2018 academic year next September. Speaking at the time about his decision, Minister O’Dowd said “The children and young people of North Belfast and Glengormley deserve equality of access to sustainable and viable schools capable of effectively delivering the full statutory requirements of the Entitlement Framework”.

He continued: “This suite of Development Proposals provides for strong and sustainable education provision for the future that will meet the needs of all pupils in the area and provide them with greater choice and opportunity to access a broad and balanced curriculum. These proposals are the result of several years of planning and I commend CCMS and the schools involved for their work in this regard. It has been a challenging road for all concerned, but I am satisfied that my decisions will future proof Catholic provision in this area for many years to come”.

However, since details of the merger have come to light, a petition of over 2,000 signatures has been sent to the office of the current Education Minister Peter Weir, calling for a reversal of this decision.

Last year the parents of a pupil at the Little Flower Girls’ School sought a judicial review of the decision. That action commenced this week at the High Court in Belfast. Reports this week in the Irish News newspaper in Belfast state that the court was told that Mr O’Dowd’s decision removes “the option for children to attend a single-sex, non-selective school with a Catholic ethos in that area. If [the challenge] doesn’t succeed this will impact not only on pupils at Little Flower at the moment, but also all the girls in future … That would be hundreds of pupils.”

The judicial review challenge also contends the decision breaches an obligation under the Northern Ireland Act 1998 to promote equality of opportunity. Lawyers for the Department of Education insist there was no requirement to carry out an equality impact assessment because necessary steps had already been taken by the CCMS. The case is expected to continue for a number of days.

Other changes that will come into effect from 1 September this year will see Mercy College and Edmund Rice College become co-educational. The Minister said that these proposals will provide a total of 4,900 Catholic maintained post-primary places in the North Belfast and Glengormley area, of which 2,800 will be provided between the schools involved in these proposals. The two Catholic grammar schools in this area (St Malachy’s College and Dominican College) will provide the remaining 2,100 places.