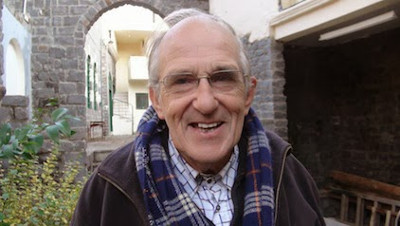 A Dutch Jesuit who remained in the Syrian city of Homs to lend solidarity to its trapped civilians has been shot dead by an unknown sniper.

Reports suggest that Fr van der Lugt was shot twice in the head on Monday morning while he tended his garden.

Speaking from Syria, Jesuit Fr Ziad Hillal told Aid to the Church in Need, “Fr Frans was apparently killed execution-style with shots to the head. We have received a phone report from a Christian who was with him in the Old City.”

However, in a statement, the Jesuit Province of the Near East reported that he “was abducted by armed men who beat him and then executed him with two bullets to the head” in front of the Jesuit residence in Homs.

Fr Van der Lugt became known around the world after appealing for aid for the people of the besieged city in a video posted on YouTube in January.

He had been looking after 89 Christians trapped in Homs’ Old City who had sought shelter in a monastery.

When a three-day truce was called in February, as many of 64 of these managed to leave the monastery and were evacuated to Jordan.

In total, the UN evacuated about 1,400 people from Homs over those days in February. Those arriving in Jordan said people in Homs, especially young children, were starving to death.

Up to twenty-five of the original group of 89 Christians were unable to leave the monastery because the UN representatives were urgently required to leave Homs and go to another city, so they abruptly stopped the evacuations.

Fr van der Lugt remained on to be with this group who had not managed to leave in time.

“This is the death of a man of peace, who showed great courage in remaining loyal to the Syrian people despite an extremely risky and difficult situation,” Fr Federico Lombardi, director of the Vatican press office, said.

In February, AsiaNews had posted Fr van der Lugt’s appeal on behalf of the people of Homs, explaining that they were suffering from hunger and mental anguish from bombing, shelling, insecurity and lack of medicines.

The siege reduced the Christian community from 60,000 to just 66, the Dutch missionary said. 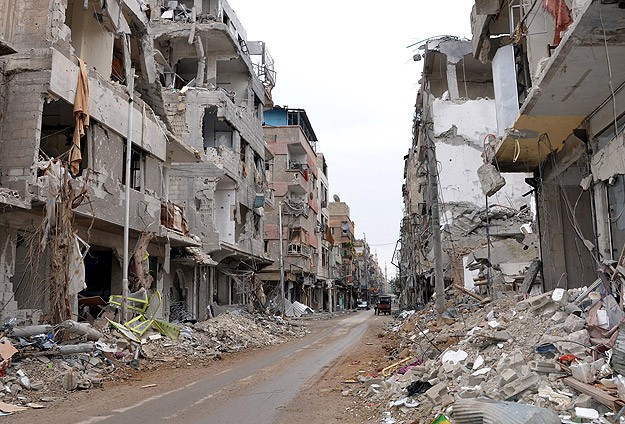 He explained his reasons for staying in Homs: “The Syrian people have given me so much, so much kindness, inspiration and everything they have. If the Syrian people are suffering now, I want to share their pain and their difficulties.”

While the reason for the priest’s killing remains unclear, according to AsiaNews, sources have suggested that the priest may have been involved in mediation between the rebels and the army.

In his youtube video, Fr van der Lugt said, “We, Christians and Muslims, live in difficult and painful conditions; we especially suffer from hunger. We love life and we do not want to die or drown in an ocean of death and suffering.”