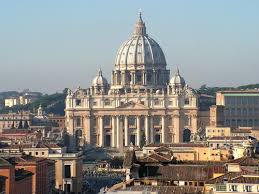 The Vatican has responded to claims that the National Security Agency in the US monitored calls to and from the Holy See.

In a statement, a spokesman for the Holy See said it has “no concerns about it.”

The Italian newsweekly Panorama said its 31 October issue would include a report that phone calls to and from the Vatican were among the 46 million calls in Italy allegedly monitored between 10 December 2012 and 8 January 2013.

The magazine report claims that the NSA monitoring may have gone on for longer and may even have included the conversations of cardinals who gathered in Rome in March for the conclave that elected Pope Francis.

Responding to the claims, the Vatican’s spokesman, Fr Frederico Lombardi, told reporters in a statement on Wednesday, “We have no evidence of this.” He added even if they were monitoring, “we have no concerns about it.”

Several European countries have reacted strongly to the news that their governments and citizens were targeted by US intelligence agencies.

Millions of phone calls were intercepted, including those of heads of state, such as the German chancellor Angela Merkel.

The spying was revealed in leaks provided by former NSA agent, Edward Snowden who is currently based in Russia.