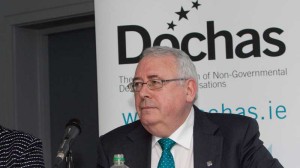 Trócaire has urged the public to contact their local TDs and ask them to put pressure on the Government to continue to invest in overseas aid.

The call is linked to the ‘Act Now on 2015’ campaign which is calling on the Government to deliver on Ireland’s aid promise.

The Catholic Bishops’ aid agency wants to ensure that Ireland holds to its promise of spending 70 cents in every €100 on overseas aid by 2015.

The call follows the latest finding of a poll commissioned by Dóchas and undertaken by Ipsos MRBI which shows that 77 percent of respondents believe that “even in an economic down-turn, we have an obligation to invest in overseas aid”.

The percentage is down on last year, when 82 percent held that view.

Director of Dóchas, the association of Irish Non-Governmental Development Organisations, Hans Zomer, said the survey “shows that – even in a downturn – three in four people want Ireland to deliver on its aid promises.”

“Public support for investing in overseas aid remains strong. This opinion poll shows that 4 out of every 5 people in Ireland do not want the economic crisis to be a reason for us to turn our back on the world’s poorest people,” he said.

In May, it emerged that Ireland’s spending on overseas development funding fell by nearly €100 million since 2009. It remains below the UN target of 0.7 percent GDP.

Writing for thejournal.ie on Monday, Minister for Trade and Development, Joe Costello, said Ireland’s development aid is rigorously focused on reducing poverty; eradicating hunger; helping children to survive and go to school and ensuring that families have nutritious food to eat and clean water to drink.

Irish Aid is the Irish people’s aid programme he said.

Speaking ahead of the launch of ‘One World, One Future – Ireland’s new Policy for International Development’ – he reiterated the Government’s commitment to fighting global poverty and hunger.

Minister Costello said Ireland remains at the cutting edge of international efforts to reduce poverty and hunger and he urged the public to “join us in making this happen.”

“Aid is working: there are now 46 million more children in school in Africa than a decade ago; 15 million more children are alive today than would have been the case 10 years ago, thanks largely to a targeted and widespread vaccination programme, which Ireland has supported”, the Minister stated.

By 2015, it is projected that the number of people living in extreme poverty will have fallen by 50 percent since 2000.

“Our development aid has contributed to this immense progress by supporting Governments and NGOs to build basic health and education services; to prevent the spread of disease and to promote better governance.”

But he warned that malnutrition and gender imbalances still persist. One in three children today is malnourished; more than one billion people are living below the poverty line, struggling to feed their families on less than €1.25 a day; and women still own only 10 percent of the world’s wealth.

“For many of us, these facts are unacceptable in a world of such immense wealth, technology and possibility,” Minister Costello said.

Referring to Ireland’s “strong missionary tradition”, he said “Ireland continues to stand shoulder to shoulder with the world’s poorest people.”

He explained, today, less than 5 cents of every €10 the country produces is spent on Ireland’s programme of global development. “This helps millions of people, the vast majority of whom live on less than €1.25 a day,” he said.