Home > News > Irish missionaries may be beatified in Korea

Irish missionaries may be beatified in Korea

Five Irish priests, and two more of Irish descent of the Missionary Society of  St Columban (popularly known as ‘the Columbans’) are included in a list of 84 modern day martyrs which the Korean Catholic Church is promoting for beatification.

The announcement has been welcomed by the Irish Bishops Conference who asked the faithful to remember them in their prayers.

According to the latest edition of the Irish Missionary Union newsletter, the men were stationed along the border with North Korea at the outbreak of the Korean War (25 June 1950 -27 July 1953) and were killed during the early days of the Communist invasion.

The seven men were martyred between June and December 1950. Three of them were killed on the same day, 24 September 1950.

Fr Anthony Collier was born in Clogherhead, Co Louth, and joined the Columbans in 1931. He was ordained a priest in 1938.

During the Korean war, Fr Anthony was working in a parish in Chunchon city. As the North Korean forces were advancing, an American officer told Fr Anthony and two other Columban priests, Mgr Tom Quinlan and Fr Frank Canavan to flee, but they refused.

The North Koreans arrived on 26 June 1950 and the priests were arrested. Fr Anthony was interrogated overnight and shot the next day.

A brother priest, Fr James McGinn was from the US, but of Irish parents. Born in Bute, Montana, USA, he returned to Ireland and was educated in St Mary’s school, Newcastle, Co Down and then in St Malachy’s College, Belfast.

At the time of his martyrdom he was pastor of the parish of Samchok. Following the outbreak of the Korean War his parishioners, fearing for safety urged him to leave, but he refused.

The North Koreans occupied Samchok just one week after the War started, but two days later, on 4 July 1950 they killed Fr James.

The following month, it was the turn of Fr Patrick Reilly, a native of Drumraney, Co Westmeath who joined the order in 1934 and was ordained a priest in 1940. He went to Korea in 1947, where he was working in the parish of Mukho.

When the War broke out he sought refuge in the home of one of the parish catechists and there tried to continue his ministry quietly.

He was successful for 26 days after which the North Koreans discovered his whereabouts and he was arrested. He was shot through the chest on the 29 August 1950, and his body was later found on a path in the mountains.

The three men martyred in September that year, were Mgr Patrick Brennan, born in Chicago of Irish emigrant parents who joined the Columbans in 1936, Fr Thomas Cusack from Ballycotton, Liscannor, Co Clare and Fr John O’Brien from Donamon, Co Roscommon. 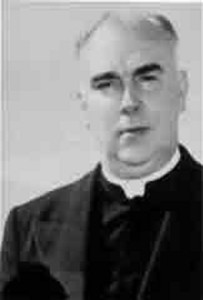 Mgr Patrick Brennan was appointed Prefect Apostolic for Kwangju, Korea in 1948 by the Holy See and he returned to Korea to take up his duties.

On 24 July 1950 when at the Columban mission in Mokpo he was captured with two Columban priests, Fr Thomas Cusack and Fr John O’Brien by North Korean forces.

They were taken to Taejon prison camp and on the 24 September all three perished in a massacre carried out by the camp soldiers.

The last of the Irish Columban martyrs in Korea was Fr Francis Canavan from Headford, Co Galway.

He joined the Columbans in 1934 and was ordained a priest in 1940. In 1949, he was appointed to missionary work in Korea. Like his confreres he refused to flee when the North Korean army invaded.

He was captured on 26 June 1950. As Fr Collier was shot, Fr Francis was taken by troops on what would become known as the infamous “Death March” to the north.

He survived the march, but died six months later on 6 December 1950 as a direct result of the hardship.

Pope Francis is scheduled to visit South Korea from 14-18 August 2014.