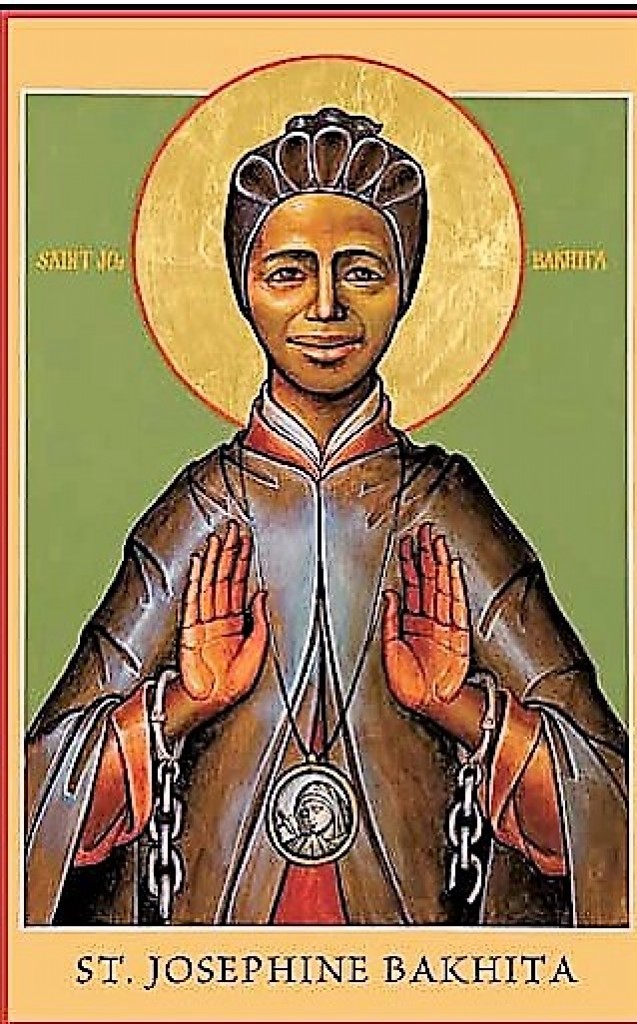 APT Ireland (Act to Prevent Trafficking) is to mark the International Day of Prayer and Awareness against Human Trafficking, which occurs on 8 February and is the feast of St Josephine Bakhita, the patron saint for trafficked persons.

APT will hold a special prayer service at its 10 February meeting in Donnybrook at the Religious Sisters of Charity’s mother house, and all are welcome. Up to 30 members, including several from religious congregations across Ireland, will attend.

The Pontifical Council for Justice and Peace and the International Union of Superiors General designated 8 February as an annual day of prayer and awareness against human trafficking. On that day, Catholics all over the world are encouraged to host or attend prayer services to create greater awareness about trafficking. Through prayer, people reflect on the experiences of those who have suffered, but they also comfort, strengthen and help empower survivors.

St Josephine Bakhita, also known as ‘Mother Moretta’ (our Black Mother) was born in 1869 in Darfur, Sudan. She was marked with 144 physical scars throughout her life after she was kidnapped at the age of nine and sold into slavery in Sudan and Italy. Once freed, she became a Canossian nun and dedicated her life to sharing her experiences of slavery and deliverance and comforting the poor and suffering. She died on 8 February 1947 in Italy. Her beatification took place in 1992 and she was canonised in 2000.

Pope Francis spoke about the World Day of Prayer against Human Trafficking in 2015 during the Angelus on 8 February, stating: “I encourage those who work helping the men, women and children who are enslaved, exploited, abused as instruments of work or pleasure, who are often tortured and mutilated. It is my hope that government leaders may work decisively to remove the causes of this disgraceful scourge; it is a scourge unworthy of society. May each one of us feel committed to being a voice for our brothers and sisters, who have been humiliated in their dignity.”

Separately, last week Ireland released a review of its almost three-year-old Sexual Offences Act 2017. The report stated that of 1000 women in indoor prostitution, over 800 were advertised on the internet. Some 102 women were identified as trafficked for sexual exploitation – 11 per cent were girls at the time. Research showed that 87 to  97 per cent of those involved are migrant women aged between 18 and 58, with some evidence that girls as young as 16 years are involved; 51 different nationalities of women were advertised; and women from impoverished regions in Africa, Latin America and Central European countries are targeted by traffickers, pimps and prostitution (“escort”) agencies.

The review of the Act, which decriminalised those who sell sex and criminalised those who drive the demand for the Irish sex trade, recommends more support for women in the sex industry. It highlighted the importance of early and specialised legal intervention for victims of trafficking and how Ireland has been repeatedly criticised for failing to meet standards.

The report stated that there have been a total of four completed criminal proceedings against buyers (three convictions and one where the Probation of Offenders Act was applied). There are 13 persons pending prosecution as per the latest official data provided by An Garda Síochána in July 2019.

In April and November 2019, An Garda Síochána conducted intelligence-led operations across six of its divisions nationally (urban and rural) to target the demand for prostitution and to enforce the legislation. Files are be prepared for forwarding to the Director of Public Prosecutions. Also in April, September and November, up to 100 suspected sex buyers were stopped and questioned under the 2017 Act.

“This operation reinforces An Garda Síochána’s commitment to target the demand for prostitution and to protect vulnerable persons, including victims of human trafficking involved in prostitution,” stated the report.

The Gardaí are currently developing information which will be given directly to women involved in prostitution by Gardaí during a brothel raid. This will highlight the new law, decriminalisation, the role of the Gardaí and available supports. The report said it should be made available in the main languages spoken by women in prostitution in Ireland – e.g. English, Portuguese (for Brazilian women), Romanian, French (for African women) and other languages identified as necessary by front-line support services.

“The report reflects on the 2017 Sexual Offences Act to date and the crucial progress that is yet to be made. A core recommendation of the report is the increased provision of resources to women in the sex trade across the country. This must be enshrined in policy and included in the new programme for government,” stated Ruhama, which helps women and those affected by prostitution and trafficking. The report was undertaken by Geoffrey Shannon.

APT Ireland’s 15-minute prayer service is at 10:30 on Monday 10 February, at the Religious Sisters of Charity’s mother house, Donnybrook. All are welcome.