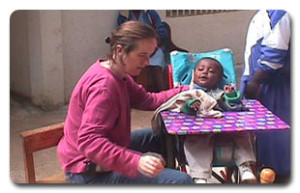 A Mayo woman working at an orphanage in the impoverished half-island state of Haiti is recovering from a brutal attack, which occurred during a robbery, and which left her colleague dead.

Gena Heraty is a volunteer who has worked for 20 years with International Aid Agency Nos Petits Freres et Soeurs (Little Brothers and Sisters in Christ).

She was present at the Kay Christine orphanage in Kenscoff, which is located about 15km from the Haitian capital, Port-au-Prince, when the attack occurred at the weekend.

The gang held a gun to a staff member’s head and threatened Gena Heraty with a hammer.

“Straight away I knew these were people looking for money, looking for me because I’d be the person perceived as having money,” she told the Irish Independent.

They punched her and hit her several times with the hammer before the watchman arrived. She was able to escape and hide with some of the children.

However, Edward Major, the watchman who was unarmed, was then attacked and killed. The burglars got away with some cash that Gena Heraty had received from Westport and some small electrical devices which they threw away.

While very shocked at the attack and the death of her colleague, Gena Heraty said she was not hurt too badly and felt very lucky to be alive.

Another shock was the suspicion that a former resident of the orphanage may have been involved.

It is uncertain how the orphanage will continue into the future. The cost of armed guards is prohibitive, as the charity already struggles to raise funds to support the 400 children it cares for.

Gena Heraty herself is the orphanage’s director of a special needs programme and lives in a unit with 29 people with severe mental and physical disabilities.

She said she was more determined than ever to continue her work, for which she has won many awards over the years. 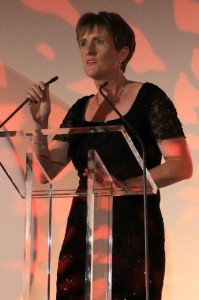 In January 2010, Gena escaped harm when an earthquake struck Haiti. The Kay Christine orphanage in Kenscoff where she works largely escaped structural damage.

However, she was in Tabarre, where many of the charity’s buildings were severely damaged.

She escaped harm that time – though two of her US volunteer colleagues were killed amidst the devastation which befell Haiti.

Irish volunteers regularly visit Haiti to give of their time to help local Haitian communities. For more information see: www.nph.org