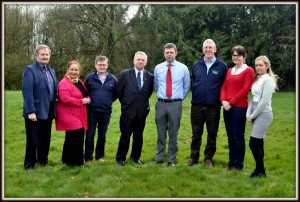 A cattle improvement programme is being suported by Irish experts in association with the National AI Centre in Eritrea.

Dovea Genetics, an Irish dairy and beef semen supplier, has teamed up with Teagasc (the Government advisory body) and Irish NGO Vita to support the cattle improvement programme in the African country which gained its independence from Ethiopia in 1993.

“This dairy project is about technology transfer and capacity building and not about traditional aid. It enables farmers to own their own destiny, by building their skills and knowledge,” said John Weakliam, CEO, Vita.

The Irish international agency was founded by Fr Kevin Doheny and its founding patron is Blessed Mother Teresa.

John Weakliam said that Irish company Dovea Genetics’ support is very much appreciated by the Ministry of Agriculture in Eritrea as an opportunity to improve the productivity of livestock.

“An improved dairy industry will lead to reduced poverty, improved nutrition and health as well as opportunities for farmers to develop sustainable livelihoods and eliminate dependency on aid, so the importance of Dovea Genetics’ involvement cannot be underestimated,” he said.

An initial 2,000 AI (artificial insemination) straws from bulls on Dovea Genetics International Catalogue were sent to Eritrea last year and these are now being used as part of a cross-breeding programme with plans to send out more AI straws later in 2016.

This initiative follows on from a visit to Eritrea last year by Irish agricultural specialists led by Vita and including Teagasc and Grote-SHA.

Vita is an Irish international development agency with 27 years’ experience of working in East Africa to empower rural communities to sustain their livelihoods. 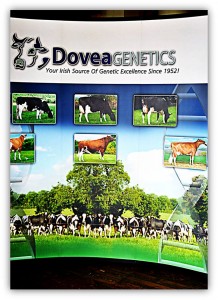 “I am convinced that the sires we have available at Dovea Genetics are suitable for the Eritrean environment,” said Conor Ryan, Export Manager with Dovea Genetics.

“The bulls have been selected for a forage (grasses) based system of production. The cost of concentrates (grain) is very high and supply is unreliable in Eritrea.”

James O’Loughlin, Teagasc Moorepark, said that in this dairy pilot project in Eritrea, his research and training organisation has recommended a breeding programme based on cross-breeding.

“The local breed (Barka) is crossed with Friesian or Jersey. The feed resource available is not able to support the nutrient requirement of (Irish pure bred) animals bred for high milk output,” he said

Another key of the dairy project is to help build knowledge and skills among researchers, staff and farmers.

James O’Loughlin and his colleagues Pat Boyle and Seamus Crosse visit Eritrea regularly to work these personnel on the key technologies associated with forage based milk projection systems. 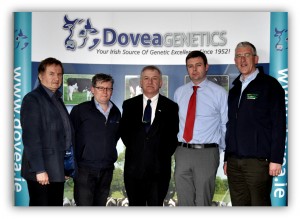 Vita and other Irish NGOs including Irish Aid have set up a potato growing scheme in Ethiopia.

Irish Aid has chosen this Vita Potato programme as its featured programme for the 2016 Our World awards.

The awards are open to over half a million primary school pupils in over 3,000 schools around the country, and are designed to build awareness of the Irish Government’s international aid programmes.

Eritrea is bordered by Sudan, Ethiopia and Djibouti, inthe Horn of Africa area.