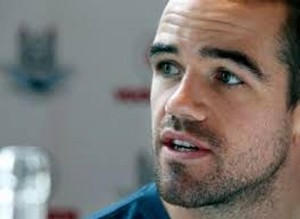 Last night’s event was of a completely different hue though, as the Dubliner launched a CD celebrating the work of the inner city charity, Musik Makers, as part of a fundraising initiative for Temple Street Children’s Hospital.

Ger Brennan was himself at one time a member of Musik Makers, where he learned how to play the guitar.

Last night he gave a demonstration of his prowess when he took up a guitar and sang for the gathered crowd in the Croke Park Conference Centre.

Musik Makers provides musical instruments and training to young people to promote their education and development through music. “I had the idea twenty one years ago,” Br Tom Phelan SJ told CatholicIreland.net “when I was sent to Gardiner Street church in 1992.”

Br Phelan was asked to help with the children’s mass. “I was looking for a guitar player and I noticed that everybody playing an instrument came from outside the parish.”

He established a library system to provide instruments for children at no cost to the parents. “They could try out an instrument and see how they got on.”

Over the past 20 years hundreds of young people, Irish and new Irish, between the age of ten and seventeen from the north inner city and further afield have learnt to sing or play an instrument through Musik Makers. Some have gone on to play with groups like the Merciful Hour Band. 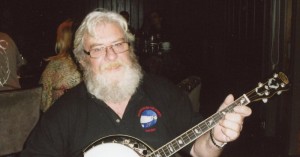 “Others unfortunately were not so lucky”, Br Phelan said. “Some had their lives destroyed by drugs or alcohol. We know we might not change the world and sometimes we will fail but if we even prevent one young person from going astray then our efforts are all worthwhile.”

The CD launched last night, ‘Pulling Strings’ features the work of a number of the present day artists – twelve tracks of mostly pop and some traditional music.

Included in the album, is a song by Br Phelan, ‘Mother’s Embrace’ which recalls his mother who died two years ago.

Ger Brennan said the CD was evidence of the talent nurtured by the Musik Makers project and was “a testament to the efforts of the many volunteers who taught there in the past 20 years.”

He said the collection of songs reminded him of many memories from the past and gave him hope for the future.

Br Phelan paid tribute to the generosity of the public, and the support of their volunteers and those who have gone through the project and want to give something back.

“Even in these tough times we take heart from these positive things and we’ll continue our work with the young people of the north inner city fully aware that our contribution is a modest but positive experience for the young people we work with.”

‘Pulling Strings’ is on sale at Gardiner Street church priced €10. All proceeds from the CD go towards Temple Street Children’s Hospital.