New Up to Us campaign seeks small lifestyle changes 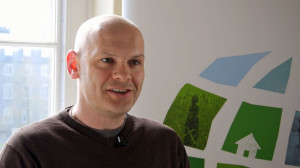 We can all work together for environmental justice and ultimately help the poor, John Smith, Campaigns Coordinator with Trócaire has said.

In a recently published blog to highlight the new Up to Us campaign, he wrote that the challenges of “environmental degradation, dwindling resources and climate change can often seem insurmountable.”

However, he urged people not to feel helpless as he explained, “If we lead by example in how we choose to act, live, treat others and our natural world – we can bring about real and sustainable change, and inspire others to do the same.”

He invited the public to make small lifestyle changes that can have a positive impact on the environment.

On Trócaire’s new Up to Us page there are tips on recycling, reducing food waste, cutting travel carbon footprint, sustainable fashion, conserving energy and water and much more.

The Irish charity is not alone in highlighting the need to change lifestyles and cut back.

Another aspect of this reducing and cutting back to the essentials is its contribution to spirituality according Brian Draper, a writer and speaker on spirituality and culture from the south of England, who addressed the ‘Less is More’ meeting in Dun Laoghaire, Co Dublin yesterday (Tuesday 22nd October).

He is the author of the book Spiritual Intelligence: A New Way of Being, and of Less is More: Spirituality for Busy Lives.

The author who presents Thought for the Day regularly on BBC Radio 4 and was editor of the international Christian current affairs magazine Third Way spoke about how in a world of “more, bigger, faster” it is so easy to get sucked into a consumerist way of life, always feeling dissatisfied.

This comes at a cost, to ourselves, and to our community, to the economy, and to the planet, and we forget what matters most in the end, he said.

In an article in Living City, an award winning magazine of the Focolare in America, Nicholas Johnson wrote of how his personal choice to cut down on waste affected others.

During his four months of living a ‘zero-waste’ lifestyle he was often asked by others about his motivation. This was an opportunity to speak about his Christian values and beliefs that lay behind reducing waste.

“Our lifestyles and beliefs do impact on those around us. They have the tremendous potential to spread new ideas, change perspectives and build stronger relationships,” he said.

“Whether it’s a lifestyle aimed at reducing waste, living healthy or sharing beliefs it is important to remain steadfast during the challenging moments and be fearless in sharing with others,” he wrote.

Trócaire has been campaigning on this issue and to get the Irish Government to deliver a strong climate bill.

“These effects (of climate change) hit the poorest hardest, and this is why Trócaire is committed to seeing this issue through,” John Smith, Campaigns Coordinator with Trócaire, wrote.

The draft climate change legislation contains no binding targets for emission reductions, nor does it contain carbon budgets or a clear pathway for emissions reductions according to the charity.

Its supporters have sent thousands of emails to Minister for the Environment, Phil Hogan telling him how important this issue is for them and how a strong climate bill is vital for countries who have not contributed to climate change but who are suffering the most from its impacts.

At an EU level, the parliament has recently voted to put a cap on the use of farmland to grow biofuels.

Trócaire has highlighted the effects that the demand for biofuels is causing in developing countries, where farmland is being use to grow fuel instead of food.

Small farmers are often forced off their land and food prices driven up due to the decrease in supply, causing hunger and increasing poverty.

By a vote of 356 to 327 the European parliament approved a 6% cap on the original target of 10% on food-based biofuels for use in transport.

Trócaire said it was happy with the cap as a signal that the parliament recognises that the social and environmental concerns  around biofuels cannot be ignored, however the charity wants biofuels targets to be scraped completely.