An independent Department of Education review in Northern Ireland has criticised the lack of progress on integrated schooling. 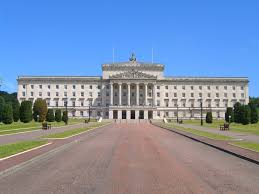 It states that the outgoing Stormont Assembly has failed to “lead the planning, development and growth of integrated education”.

It also calls for the Department of Education and bodies such as the Education Authority to actively promote integrated education. Currently, the department only has a statutory duty to encourage and facilitate integrated schools.

The authors make recommendations to tackle “the long-standing issue of our separate and costly schooling”. However, they reject proposals that parents should indicate what school they want their child to go to when registering the child’s birth.

The report is also critical of teacher training in Northern Ireland, claiming that young teachers are “trained to be familiar with and teach in approximately one half of the schools across Northern Ireland only”. They recommend that teachers should no longer be exempt from fair employment regulations. They claim this would end the practice of controlled schools employing mainly Protestant teachers while maintained schools employ mainly Catholic teachers.

The authors also say that shared education “should not be seen as a pathway to integrated education”. The review calls for a number of other measures, including the Education Authority “actively and explicitly planning” to increase the number of pupils educated in integrated schools. Interestingly, the report calls for the construction of two “innovation hubs” in Belfast and Derry which could be used by all schools to teach creativity, innovation and business entrepreneurship.

Coupled with this, it calls for a network of integrated sixth form colleges that would be independent of schools.

The majority of children in Northern Ireland – 93 per cent – are educated at schools mainly attended by either Protestant or Catholic pupils. Many schools do, though, have pupils from diverse religious and cultural backgrounds.