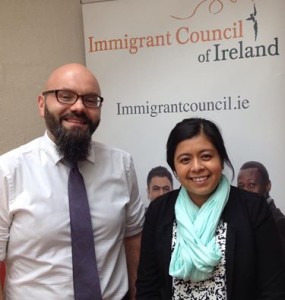 There were 46 suspected victims of trafficking, mostly for sexual exploitation, identified in Ireland during 2014 according to a new international report.

However, the Trafficking In Persons Report 2015 stated that while there were some prosecutions in child molestation cases, there were no convictions specifically against sex or labour traffickers in 2014.

The Immigrant Council of Ireland has said it is clear that communities throughout Ireland are not immune from the criminal gangs moving men, women and children across continents to be exploited.

The Immigrant Council called on the Government to now honour its commitments to publish and implement in full a National Action Plan on Human Trafficking, and introduce laws targeting the buyers of sex.

“This is a key moment for Ireland in its battle to combat human trafficking as the Government is about to make crucial policy and legislative decisions,” said Brian Killoran, Chief Executive of the Immigrant Council.

He added that this 2015 Trafficking In Persons Report and two other reports (by OSCE and Council of Europe) have all been critical of Ireland for failing to provide safe accommodation and supports for victims.

“As a frontline organisation and Independent Law Centre which in the past year supported and represented 19 women who were trafficked here to be sexually exploited we know at first hand that this is a trade which thrives on misery,” he said.

“It is important that Ireland has robust measures in place to protect the vulnerable, which at the same time wrecks the business model which has made our country attractive to pimps and traffickers.”

The Immigrant Council wants the Irish Government to: 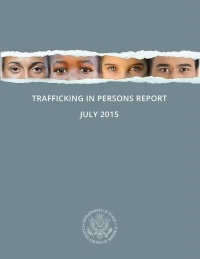 The Trafficking In Persons (TIP) Report is published by the U.S. Government annually. It reports on the progress of countries on the elimination of human trafficking.

Ireland is in Tier 1 which is the highest ranking.

Countries in this tier do not claim to be free of human trafficking problems, rather their governments acknowledge the existence of trafficking and detail efforts to address the problem each year.

In its report on Ireland, it states that during the reporting period, Irish law enforcement reported an increase in suspected victims of forced labour, forced criminal activity, and forced begging from Eastern Europe, particularly Romania, as well as an increase in potential sex trafficking victims from Brazil.

There was a decrease in suspected victims from Nigeria.

It highlighted that victims of forced labour have been identified in domestic service, the restaurant industry, and car washing services, and some sources reported that Vietnamese and Chinese men prosecuted and sentenced for cannabis cultivation were actually in forced labour.

The report stated: “The Government of Ireland fully complies with the minimum standards for the elimination of trafficking.”

It confirmed that during the reporting period, the Government increased investigations of trafficking crimes and issued new guidelines aimed at preventing the exploitation of domestic workers of foreign diplomats.

“The Government, however, continued to prosecute a high number of non-trafficking crimes as trafficking cases, including child molestation cases, and convicted no sex or labor traffickers in 2014. Potential victims of forced labour in cannabis production were prosecuted and imprisoned for crimes that they may have been forced to commit.”

NGOs reported concerns with lack of privacy, inadequate security, and the remote locations of some of these centers and asserted the mixed gender nature of the centers was not appropriate for sex trafficking victims.

Trafficking victims seeking asylum may have had to reside in asylum residence centers for two to four years while asylum processes were ongoing.

The referral tracking system did not allow social workers to verify whether the full range of services for which victims were eligible had actually been provided.