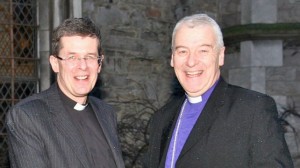 The Church of Ireland has announced that its House of Bishops will meet in September to appoint a new Bishop of Meath and Kildare.

As the Electoral College that met in Dublin on 28 May failed to appoint a bishop for the joint dioceses, the appointment has now passed to the House of Bishops.

Members of the House will meet on 19 September.

The bishopric has remained vacant since Archbishop Richard Clarke was made Primate of All Ireland after sixteen years at the helm. He was enthroned last December.

However, in May he announced he would not be taking up the appointment following newspaper revelations concerning an affair in the 1990s.

Responding to the news, the Clerical and Lay Honorary Secretaries of the Dioceses of Meath and Kildare, on behalf of the members of Diocesan Synod and Diocesan Council, said in a statement that it was “with a deep sense of dismay and profound regret that we receive the news of the Venerable Leslie Stevenson’s decision to decline his appointment as the next Bishop of Meath and Kildare.”

Blaming “strenuous and adverse publicity” in the media for the announcement, the statement said that Archdeacon Stevenson withdrew his name to “shield and protect the Dioceses of Meath and Kildare and for the general well-being of the Church.”

In a statement in May, the Primate, Archbishop Clarke, said the  decision of the Electoral College to elect Archdeacon Stevenson as Bishop of Meath and Kildare in January 2013 subsequently came before the House of Bishops for acceptance.

“This meeting was informed of circumstances in 1998 which led to the Archdeacon, then incumbent of the Parish of Donaghadee in the Diocese of Down, resigning his office.”

” The Archdeacon has publicly referred to his relationship with a female parishioner, which he acknowledged, both by his resignation, and in recent statements, he should not have allowed. The nature of this relationship has been the subject of considerable speculation which does not accord with accounts given to me by Mr Stevenson at the time of his appointment in Meath and Kildare (and subsequently).”

‘In our deliberations in February 2013, members of the House of Bishops reflected on events from the past and the Archdeacon’s ministry as incumbent and archdeacon in the Dioceses of Meath and Kildare. The decision taken was that it was appropriate for the bishops to accept the decision of the Electoral College.”

Archbishop Clarke said he recognised and accepted that Archdeacon Stevenson’s decision had come as “a shock and a great sadness to many people within the Church of Ireland and beyond.”