Home > News > Horror of couple who lost children on MH17

Horror of couple who lost children on MH17 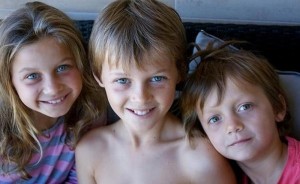 As the heartbreaking and gruesome task began in recent days of returning bodies from the stricken MH17 flight to their families, one devastated family in Australia who lost three children and a parent in the crash, has released a statement saying they are living in a “hell beyond hell”

But they added that no “hate in the world will ever be as strong as the love” they have for their three children.

Anthony Maslin and Marite Norris from Perth had been on holidays in Europe together with their three children, Evie (10), Mo (12) and Otis (8).

At Amsterdam airport they bade farewell to their children who were returning back to Australia with their grandfather Nick Norris to go back to school. Anthony and Marite were staying on.

On Wednesday, the couple released a heart-wrenching statement.

“Our pain is intense and relentless. We live in a hell beyond hell. Our babies are not here with us – we need to live with this act of horror, every day and every moment for the rest of our lives,” they wrote.

“No one deserves what we are going through. Not even the people who shot our whole family out of the sky.”

“No hate in the world is as strong as the love we have for our children, for Mo, for Evie, for Otis.”

“No hate in the world is as strong as the love we have for Grandad Nick.” 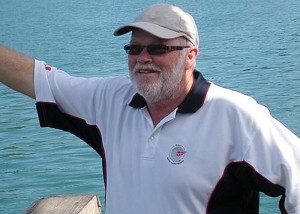 Nick Norris, grandfather to the children and travelling with them.

“No hate in the world is as strong as the love we have for each other.”

They said: “This is a revelation that gives us some comfort.”

“So far, every moment since we arrived home, we’ve been surrounded by family and friends. We desperately pray that this continues, because this expression of love is what is keeping us alive.”

“We want to continue to know about your lives, all the good and all the bad. We no longer have lives that we want to live by ourselves. So we’d like to take the chance to thank everyone, all our incredible friends, family and communities, and to tell you all that we love you very much.”

The Massin-Norris family were among the twenty-seven Australian victims of the crash.

The greatest proportion  of victims came from the Netherlands, with 189, followed by Malaysia with 44.

Twelve Indonesians were on the flight, including one infant.