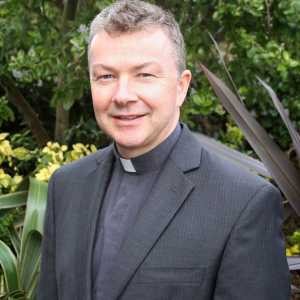 The Archdiocese of Dublin has appointed a new Moderator of the diocese, an important role which will oversee significant change into the future.

Mgr O’Brien has been appointed as Administrator to Donnybrook Parish, a role which Bishop-elect Kevin Doran held until his selection as the new bishop of Elphin.

Mgr O’Brien was the first person to serve as Moderator in Dublin and at a meeting of the Curia this morning, Archbishop Martin praised him for overseeing significant change over the past decade, and for his dedication and service to him personally.

Originally from Mount Merrion parish in Dublin he was a student in Holy Cross College and University College Dublin.

He was ordained by Bishop Joseph Carroll in 1989, and his first appointment was as Chaplain to Our Lady’s Children’s Hospital in Crumlin.

He worked in the parishes of St Brigid’s, Cabinteely, the Sacred Heart Parish, Donnybrook and in St John the Baptist Parish, Clontarf.

He has had a number of other appointments including Chaplain to CURA Dublin and to Cunamh, South Anne Street, he was also a member of a team that supported the work of the Diocesan Vocations Centre.

Mgr Callan has been a member of the Diocesan Priests Council and the Diocesan Council. He is currently Chaplain to the Religious Sisters of Charity in Dublin’s Stanhope Street.

A moderator of the curia serves under the authority of the Bishop and coordinates the administrative duties of those who minister in diocesan administration.