Financial difficulties behind All Hallows closure 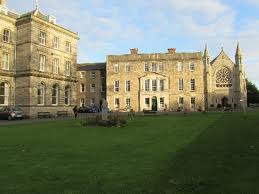 The challenging financial landscape of third level education in Ireland as well as the lack of state funding for the college and a cap on enrolments of undergraduates eligible for the free fees scheme all played a factor in All Hallows College’s shock decision to shut.

In a statement issued on behalf of the Catholic College and former seminary, Carolanne Henry, Director of Marketing, Communications and Public Relations at All Hallows College, said that the decision to wind down the college was one of “huge regret and deep sadness”.

But the College’s reserves had declined to an unsustainable level and the failure of the bid to sell the Jackie Kennedy/Fr Joseph Leonard letters meant much needed money which the College hoped to generate through the auction was lost.

According to the president of the college, Fr Patrick McDevitt, the withdrawal from auction of the letters had a very significant bearing on the decision to close the college.

The College, which was founded as a seminary in 1842 to train priests for the foreign missions, does not receive any state funding and this contributed to an increasing deficit over many years.

In 2008, it became a constituent college of Dublin City University which accredits its degrees.

It had, in recent years, embarked on an extensive fund-raising programme.

But despite these efforts, it was not sufficient to offset the fact that the option of growing enrolment figures had “been constrained by the cap on the numbers of undergraduates eligible for the free fees scheme.”

According to today’s Irish Independent, the College needed in the region of €25 million.

The wind down of the college will begin immediately and will be conducted in a “phased and orderly fashion” according to Friday’s statement.

The College said the students and staff are the main priority for the trustees, the governors and the management.

At present, there are 450 students on accredited degree courses and in excess of 70 staff.

“Every effort will be made to facilitate existing students in the completion of their courses and the college’s administration will be in contact with current applicants,” it said on Friday.

A 30-day statutory consultation period with its staff will begin next week.

All Hallows College has been under the stewardship of the Vincentian Congregation since 1892.