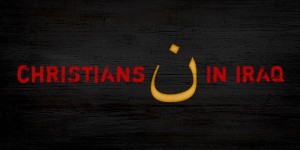 “Gruesome evidence” of ethnic cleansing by Islamic State jihadists operating in Iraq has been collated by Amnesty International in a new report published on Tuesday.

Donatella Rovera, Amnesty’s Senior Crisis Response Adviser currently in northern Iraq, said “The massacres and abductions being carried out by the Islamic State provide harrowing new evidence that a wave of ethnic cleansing against minorities is sweeping across northern Iraq.”

The Sunni militants are known to have carried out decapitations, crucifixions and public stonings, even of children, in its terror campaign to establish an Islamic caliphate.

In a tweet on Tuesday, Ms Rovera said, “Entire communities wiped off the map of #Iraq IS transformed rural areas of Sinjar into blood-soaked killing fields.”

The NGO says the massacres and abductions being carried out by IS are proof of a wave of war crimes against minorities.

“IS has systematically targeted non-Arab and non-Sunni Muslim communities, killing or abducting hundreds, possibly thousands, and forcing more than 830,000 others to flee the areas it has captured since 10 June 2014.

“Ethnic and religious minorities have lived together in the Nineveh province; today, only those who were unable to flee remain trapped there, under threat of death if they do not convert to Islam.”

Amnesty International said it has gathered evidence of several mass killings that took place in Sinjar in August.

Two of the deadliest incidents took place when IS fighters raided the villages of Qiniyeh on 3 August and Kocho on 15 August.

“The number of those killed in these villages runs into the hundreds,” the report said.

“Groups of men and boys including children as young as 12 from both villages were seized by IS militants, taken away and shot.”

“There was no order, they [the IS fighters] just filled up vehicles indiscriminately,” one survivor of the massacre in Kocho told Amnesty.

Recently, Fr Paul Wierichs, a Passionist in Florida, sent CatholicIreland.net a copy of a message he received from Sean Malone who leads Crisis Relief International (CRI).

The Iraq-based Malone stated, “We lost the city of Queragosh (Qaraqosh). It fell to ISIS and they are beheading children systematically. This is the city we have been smuggling food to.”

“ISIS has pushed back Peshmerga (Kurdish forces) and is within 10 minutes of where our CRI team is working. Thousands more fled into the city of Erbil last night. The UN evacuated its staff in Erbil. Our team is unmoved and will stay. Prayer cover needed!”