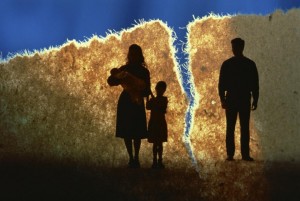 The new president of ACCORD has called on the Government to research the cost of family failure in Ireland.

In his address to delegates at the marriage care agency’s annual assembly on Saturday, Bishop Denis Nulty of Kildare & Leighlin noted that a similar study on family failure in the UK found that the cost to each taxpayer was £1,541 per year.

He suggested that the Government should commission a similar research study through TUSLA, the Child and Family Agency.

“A similar cost measurement should be calculated for Ireland as soon as possible,” Bishop Nulty told delegates.

He said that in the meantime, funding ACCORD “in a sustainable way, rather than seeking ways of further reducing its grant, would greatly strengthen the social fabric of this country as we move out of austerity.”

In its recent study The Gender Impact of Tax and Benefit Changes, the ERSI assessed the impact of tax, welfare and public sector pay changes on men and women between 2009 and 2013.

The study found that it was married women who have been hit hardest by the Government’s austerity policies rather than their male counterparts.

Dr Nulty said that because of the importance of the family for the life and well-being of society it is essential that both ACCORD and the State continue to work with each other to provide the necessary supports to strengthen marriage and the family.

“Investment in children and young people and in the development of responsible, respectful, caring and loving relationships between couples, whether parents or not, and between parents and their children, is a social responsibility and it makes good economic sense,” he said.

The Bishop warned that budgeting constraints have eaten into far too much time when ACCORD facilitators and counsellors should be concentrating on what they do best – listening with a heart.

The assembly involves delegates from ACCORD local centres from across the dioceses of Ireland, meeting in plenary session on an annual basis to discuss the work, aims, objectives and policies of ACCORD.

Bishop Nulty was appointed President of ACCORD at the Autumn General Meeting of the Irish Catholic Bishops’ Conference on 1 October last.

He was trained by ACCORD as a counsellor and facilitator and was involved in marriage preparation courses for almost 25 years with ACCORD Mullingar initially and later with ACCORD Drogheda.

“I believe ACCORD’s place is very much in the support of those couples and families who struggle, who sometimes just need that listening ear, maybe even an open non-judgmental heart for their deepest story of struggle,” he said.

He also described ACCORD as the face of the Irish Church in building relationships and healing broken relationships.

Bishop Nulty noted that over the past week there has been much polemic and commentary around the extraordinary Synod in Rome on ‘the Pastoral Challenges Facing the Family in the context of Evangelisation’.

He recalled Archbishop Diarmuid Martin’s address to the Synod last Tuesday, where he stressed the importance of consulting married couples, couples who continue to live the daily realities of family relationships and commitment to the education of their children.

“Archbishop Martin reminded the Synod the church must listen to where God is speaking to the Church through the witness of those married couples who struggle and fail and begin again in the concrete situations of life today and fail again.”

The Synod organisers invited eleven married couples from around the world to serve as ‘auditors’ during the Synod. While they don’t have a vote, they take full part in the discussions.

Bishop Nulty said he loved the input from the Australian couple Ron and Mavis Pirola from Sydney, who have been married for 55 years and have four children.

“They seemed a very ordinary couple who presented to the assembled bishops the very real issues that are part and parcel of family life.  Their strong message was to encourage the bishops to strike a balance between upholding Church teaching and showing mercy and compassion.”