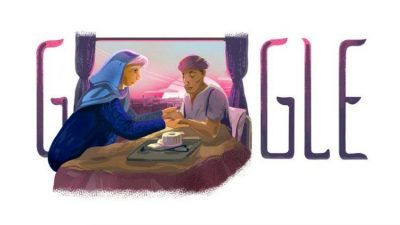 Google has honoured a German nun who was known as Pakistan’s Mother Teresa.

Sr Ruth Pfau, a German-born Catholic nun of the Daughters of the Heart of Mary, who died in 2017, is credited with eradicating leprosy or Hansen’s Disease from Pakistan.

Google honoured her on what would be her 90th birthday on 10 September with what is called a Google Doodle. This is when the logo on Google’s homepage is artistically changed to commemorate people’s achievements, historic and other events, or holidays. For example, the Google logo was changed to incorporate the design of a 12-year-old Irish girl chosen from 74 other designs to commemorate 1916 in Ireland.

The doodle honouring Sr Ruth Pfau was created by an American Artist Alyssa Winans. Her image shows Sr Pfau tending to a patient.

Google’s social media quotes Sr Ruth Pfau who said about her first impressions of a Pakistani leper colony: “I could not believe that humans could live in such conditions.”

Google’s article about the doodle stated that German doctor Ruth Pfau, who was born in Leipzig, Germany, devoted herself to eradicating leprosy from Pakistan, saving countless lives.

The article gives Sr Pfau’s full story, stating that she was inspired to become a nun at the age of 29 after meeting a concentration camp survivor. While travelling to India, she was stopped in Pakistan because of visa issues and made what was to become a life-changing visit to the Marie Adelaide Leprosy Clinic in Karachi.

Also known as Hansen’s Disease, leprosy can now be prevented and cured, but the disease has historically caused sufferers to be ostracised and stigmatised for disfiguration.

Sr Pfau was struck by the plight of one patient in particular: “He must have been my age – I was at this time not yet 30 – and he crawled on hands and feet into this dispensary, acting as if this was quite normal.”

Sr Pfau raised funds to refurbish the clinic and she built up a network of over 150 modern medical centres, including physiotherapy units, workshops to manufacture artificial limbs, and homes for those affected by leprosy. She started Pakistan’s first leprosy technicians course in 1965 and educated the public to combat the stigma associated with the disease. 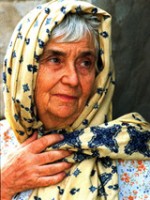 As a result of her work, the World Health Organization declared leprosy under control in Pakistan by 1996 – earlier than most other Asian countries. Often compared to Mother Teresa of Calcutta, Sr Pfau received numerous national and international awards for her lifelong service to humanity.

Known as Pakistan’s Mother Teresa, Sr Pfau died in 2017 at the age of 87. She was buried in Karachi on 19 August of that year, following full state honours, including a 19-gun salute, for her priceless service (see CatholicIreland.net of 11 August 2017).