Garabandal continuing to attract the faithful 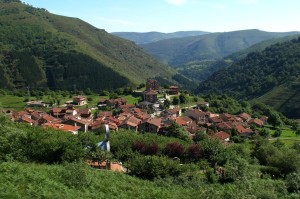 Irish pilgrims are continuing to journey to Garabandal in northern Spain fifty years after the alleged Marian apparitions there catapulted the small village onto the world stage.

Between April and October, pilgrimages fly out from Dublin and though the Church has never formally recognised the events in San Sebastian de Garabandal, these pilgrimages include priests and religious as well as many of the pious faithful.

Irish pilgrim, Patricia Rooney from Co Louth, told CatholicIreland.net that she first became interested when she “bought a book about Garabandal 30 years ago in 1984 and it really touched me.”

Encouraged by the book, she went to Garabandal,  finding the experience “lovely and peaceful.”

“Your normal life has so much noise,” she said, and the pilgrimage gives you “time and space to think.”

Joe McCooey felt “called” to come to Garabandal. He told CatholicIreland.net that he was “really impressed by the whole story” and “believes every word of it.”

This year and next year the 50th anniversary celebrations of the occurrences of 1961-65, when the Virgin Mary is alleged to have appeared to four children, draw to a close.

Within the Diocese of Santander, of which Garabandal is a part, the local hierarchy has been divided between those who have dismissed the claims of the visions and those who have not.

Bishop Juan Antonio del Val Gallo, who was Bishop of Santander between 1971 – 1991, initially was a Garabandal sceptic. But in 1981, he changed and became a supporter. His successor did not believe in the apparitions.

However  more recently Archbishop Carlos Osoro Sierra of Oviedo has ushered in a new spirit towards Garabandal among the Spanish hierarchy, saying  he respects the apparitions and has known of “authentic conversions”.

In 1961, Garabandal was a village in the foothills of the Cantabrian Mountains with some 300 residents living in roughly built stone houses. 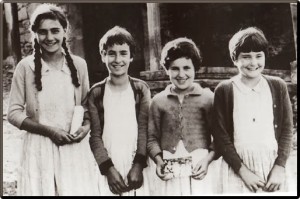 Four girls, Mari Loli Mazon, Conchita Gonzalez, Jacinta Gonzalez and Mari Cruz Gonzalez, aged between 11 and 12 at the time, claimed Our Lady appeared to them.

The first apparition took place on 2 July 1961, the first of over 2,000 alleged apparitions to the girls over the four years.

It was preceded by an apparition of the Archangel Michael who told the girls to prepare for Our Lady’s appearance.

During the apparitions, the girls fell into an ecstatic state and witnesses claimed their walks and falls defied natural laws.

While the visionaries were in ecstasy, they were carefully examined by  psychiatrists and doctors. “From a strictly scientific point of view, one cannot deny the possibility of a supernatural cause in all these phenomena,” said one.

In her diary, Conchita (the principal visionary) described the Virgin Mary as follows: “The Blessed Virgin appears with a white dress, a blue mantle, and a crown of small golden stars; her feet are not visible. Her hands are wide open with the scapular on the right wrist…”

Two main messages were given by Our Lady to the children for the world.

The second message, given on 18 June 1965, was that “many cardinals and many priests are on the road to perdition and are taking many souls with them.” She urged people to “amend your lives.”

Three supernatural events were prophesied at Garabandal. The first is a worldwide warning that will be seen and felt interiorly by everyone on earth.

The second event is a miracle that will take place at the grove of pine trees, where Our Lady appeared to the children and which overlooks the village of Garabandal.

Conchita knows the date of the miracle and will announce it eight days in advance. The promise is that the sick who are present will be cured, sinners will be converted and the incredulous will believe.

Following the miracle, a permanent visible supernatural “sign” will remain at the pines until the end of time.

The “coming chastisement” is conditional – if the world does not change after the miracle, then God will send the chastisement.