‘Game of Thrones’ star is Goal’s ambassador for Haiti 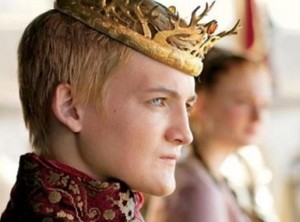 Jack Gleeson as King Joffrey Baratheon in Game of Thrones.

Irish actor and Game of Thrones star, Jack Gleeson, is set to visit Goal’s programmes in Haiti from Monday (3 November) ahead of a special guest appearance at the Goal USA Ball in New York on Friday, 8 November.

Gleeson plays one of  TV’s most hated characters – the evil boy king Joffrey Baratheon in the HBO smash hit for the past two and a half years.

With a huge cult following of over 14 million viewers in the US alone, ‘Game of Thrones’ is now on par with television series classics, such as ‘The Sopranos’ and ‘The Wire’.

In a video message, the star said he was travelling to Haiti with Goal to learn how the agency is continuing to support people whose lives were destroyed by the devastating  earthquake of 2010.

On Friday, the 21 year-old will attend the Goal USA Benefit Ball at Gotham Hall, New York, where he will speak about his visit to Haiti.

It is almost four years since a huge earthquake hit the impoverished Caribbean island of Haiti, claiming over 230,000 lives and leaving another 2.1 million people homeless.

Goal was one of the first to respond to the emergency and continues to help many of the most affected survivors.

Millions were left homeless by 2010 earthquake in Haiti

Over the course of the four-day visit, Gleeson will have the opportunity at first hand to see how the relief agency is helping communities find sustainable solutions to long-standing housing, water, sanitation and livelihood issues that were further exasperated by the earthquake.

Jack Gleeson was born in Cork in 1992. He started acting at the age of seven, and at age 13, landed a minor role in  Batman Begins.

In 2007, he was in Shrooms and two years later,  A Shine of Rainbows.  In 2010 he appeared in a leading role in Alicia Duffy’s All Good Children.

Gleeson landed the role for  King  Joffrey Baratheon in Game of Thrones in 2009, and has continued in the cast for all three seasons of the series.

He is studying philosophy and theology in Trinity College Dublin and last year was among 103 students to be made scholars of the college. 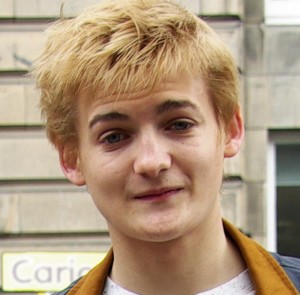 This entitled him to a seat around the dinner table in the Dining Hall at Trinity College. He is also entitled to free accommodation on the campus.

Goal has been working for the victims of the Haiti earthquake since 2010.  In addition to providing food for almost 500,000 people and distributing emergency and transitional shelters, it has injected  more than $13.5 million into the local economy through a cash-for-work rubble clearance programme.

In Haiti, the agency has a team of four international workers, and more than 80 national staff.  It  is currently working to reduce the number of people still living in temporary camps,  to regenerate and improve neighbourhoods, and to ensure building standards improve so that houses are more resistant to natural disasters such as earthquakes.

The agency is also working to eradicate cholera, supporting and improving farming techniques, and helping small-scale entrepreneurs set up and develop their businesses.

Jack Gleeson will be reporting back to Ireland on his trip to Haiti and the US through a blog and video reports available on www.goal.ie