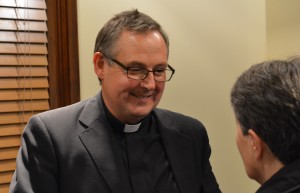 Church communities which see faith-based education as part of their mission of evangelisation should not rush to abandon those schools deemed to be still genuinely at the service of that mission, a leading professor of theology has said.

Addressing a meeting hosted by the Iona Institute on the topic, ‘The Future of Denominational Education’, Professor Eamonn Conway of Mary Immaculate College said, “Co-operation in the policy of divestment should be conditional upon tangible commitments in regard to non-interference through public educational policy in the implementation of the characteristic spirit of schools that remain faith-based.”

He called for more effort to be put into making the case as to why the State can and should fund faith-based schools and colleges. 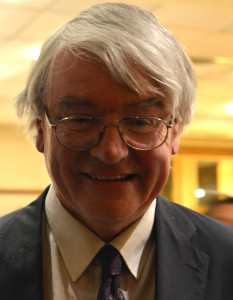 The reality is that Catholic education globally is thriving.

Estimations suggest that there are currently roughly 51 million pupils in catholic primary and secondary schools worldwide and that the number is increasing.

Similarly, the number of Catholic universities and institutes of higher education now exceeds 2,000.

But he warned that a subcultural secularist elite of education policy-makers, politicians and media, in the context of the Forum on Patronage and Pluralism, has sought to banish specific expressions of religious conviction and to impose the teaching of an inherently secularist approach to the study of faiths, in a new programme called ‘Education about Religions and Beliefs & Ethics’.

On the issue of parents who find they have no alternative but to send their children to a faith school due to the lack of alternative patrons, Professor Conway said this should not happen.

“Their right to have their children educated in accordance with their beliefs should be vindicated by the State,” he stated.

However, Professor Conway, who is a priest of the archdiocese of Tuam, said there is a danger that the current focus on possible discrimination on the basis of baptismal certificates or their absence could distract from other equally pressing forms of exclusion that stem from economic injustice.

“We can be grateful that faith-based schools score so highly in regard to inclusion across a whole range of important criteria and we should not lose sight of this in the present debate,” he said.

He recalled the finding of the 2012 ESRI report ‘School Sector Variation Among Primary Schools in Ireland’ that Catholic primary schools are “more likely” to have members of the working class and the traveller community and the “widest spread of nationalities”. 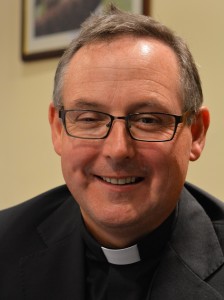 Elsewhere in his address, Professor Conway said his main criticism of the Forum on Patronage and Pluralism was the fact that its “basic conceptualisation of education was deeply flawed”.

He also highlighted that at the request of Atheist Ireland, the new programme entitled ‘Education about Religions and Beliefs (ERB) & Ethics is to be introduced even in faith schools.

“This is already in the pipeline, and primary teachers, including in faith-based colleges of teacher education, are already being taught how to teach it.”

He underlined that it is envisaged that ERB & Ethics will be mandatory for all pupils.

“It is bizarre, in my view, that a faith-based school would be required to offer what is essentially a secularist understanding of religious faith,” he commented.

Professor Conway noted that it has become fashionable to seek to justify the continuance of state-funded faith-based schools and colleges on the basis that they enhance diversity of provision in a pluralist society.

“But in order genuinely to enhance diversity, they need to act differently from their secular counterparts. In order to do so as catholic institutions, they need to show leadership in articulating uncomfortable truths in regard to the prevailing educational policy.”

In his response Dr Ken Fennelly produced the very interesting estimate that around 200 primary schools throughout the country out of the existing 3,300 schools would serve the needs of parents who want a non-religious education for their children.

He said this equates to the number of Protestant parents with children in the same age-bracket and this number is served by “nearly 200 schools”.

“Given that the two sets of figures are comparable, and that less than 200 schools is enough to serve the Protestant minority then it would not be, in my estimation, too much of a leap to say that the same number would serve non-religious parents,” he said.